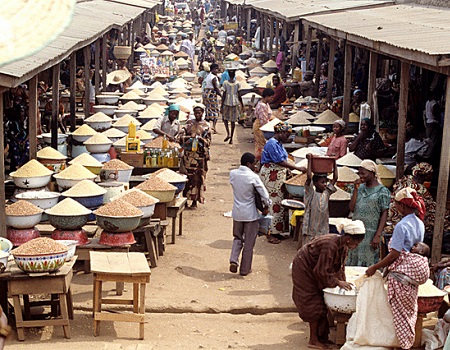 Two persons were injured as violence erupted at Bodija international foodstuff market on Wednesday afternoon over the tussle of Iyaloja Chieftaincy between Chief (Mrs) Victoria Onipede and Chief Alhaja Sikirat Adunni Adebayo, as the duo paraded themselves in the same capacity within the market environment.

The faction loyal to Chief Mrs Onipede, on the order of the Olubadan of Ibadan, made entry into the market on Tuesday morning and addressed supporters at the association office.

Twenty-four hours later, another faction loyal to Chief Mrs Adebayo, called a press conference to lay claim to the title.

Few minutes after the parade round the market, violence erupted when unidentified persons were alleged to have shut down the power generating set servicing the association house.

Traders hurriedly closed their shops and ran for their dear lives.