Only one student died ―Ado Poly 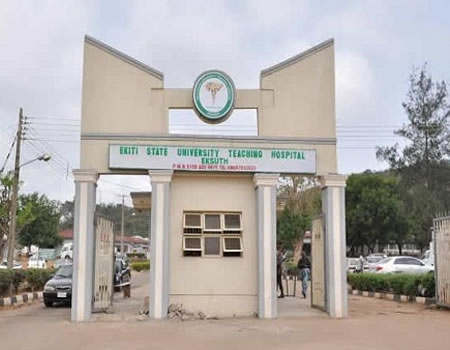 Reacting to the development, the Polytechnic authorities confirmed the death of one student, saying the students had forcibly been discharged from there Ekiti State University Teaching Hospital against medical advice.
A statement by the institution’s spokesperson, Adeyemi Adejolu, in reaction to the riots, said the students destroyed a number of school property.
Adejolu said: “Report came from the Teaching Hospital on the morning of Saturday, 7th October, 2017 that the patient was forcibly discharged against medical advice and also without the input or knowledge of the Polytechnic about the patient’s whereabout.
“This was the situation until the alleged death of the student was broken on campus heralding the violent protest with the students going wild with all sorts of lies and burnt down the fully equipped NHIS-accredited Health Centre, the entrepreneurship and demonstration farms, poultry, fishery etc of the CEDVS as well as the Department of Agricultural Technology and Agricultural and Bio-Environmental Technology, vandalising and looting the poultry,
fishery among other damages.”
He explained that “to facilitate investigation into the ugly development, a number of decisions have been taken at a combined meeting of Management and Academic Board held on Sunday 8 October 2017 as follows:
Shut down all academic activities and confirmed earlier decision taken by the Rector in sending the students home until further notice.
“Set up a panel of inquiry to unravel the remote and immediate cause/s of the crises.
among other terms of reference.”

Minister of Communication, Shittu, Tinubu-Ojo, differ on calls for restructuring