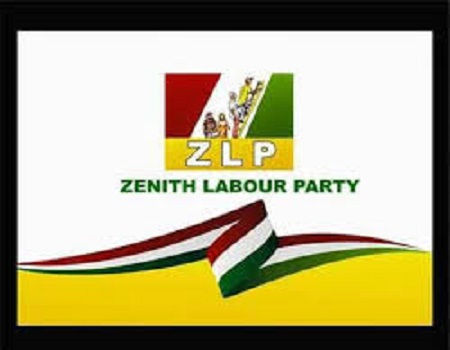 Benjamin who emerged as the party’s candidate in the primary election held in Akure on Saturday, polled 65 votes while his fellow aspirant Pastor Dr Olusegun Osho polled 20 votes, while five of the 90 delegates selected across the 18 Local Government Areas of Ondo state did not participate in the election

Benjamin in his acceptance speech promised to mainstream developmental initiatives premised on the social democratic paradigm of the Zenith Labour Party.

“We have a history of being champions of the interest of the masses and have demonstrated in the years that our leader was in office as governor that governance is all about the common man,” he said.

The ZLP elected Benjamin, a Master of Business Administration degree holder of the Lagos State University, Ojoo, Lagos, through indirect mode of primaries.

The Ilaje born Benjamin, who is a fellow of the Chartered Institute of Management FCIPM, is the current Vice President of NUPENG, Lagos Zone and was House of Representative Candidate of the ZLP for Ilaje-Ese Odo federal constituency in the March 2019 National Assembly election.

He was the State Organizing Secretary of the Labour Party, a capacity in which he played a pivotal role in the election of Dr Olusegun Mimiko in the 2007 election.

Speaking after the party’s primaries, the State Chairman of the party, Dr Joseph Iranola Akinlaja, commended the delegates and all members of the party for their commitment to the vision of the party.

He said the party if voted in would continue and improve on the laudable achievements of Dr Olusegun Mimiko who he said built more than 50 Mega Schools, improved tertiary education through massive infrastructure additions and near-free tuition, instituted a people-friendly health care system and delivered hundreds of community nominated rural projects among others.

The convention was witnessed by a National leader of the ZLP, a former Governor of the state, Dr Olusegun Mimiko, who also commended members of the party for abiding with COVID19 protocols.

He called on the members of the party to commence house to house campaign using the instrumentalities of social media so as to compensate for the limitations imposed by the need to obey Covid19 prevention directives.

He said the party is known for setting examples, hence the orderly and rancor-free conduct of its primaries.

Dr Olusegun Esho, from Akure South Local Government Area, emerged as the candidate’s running mate in the exercise which was monitored by INEC officials and representatives of security agencies.