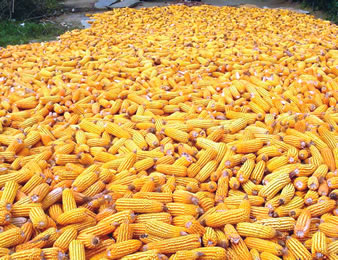 Worried by the challenges militating against exportation of agricultural products in Nigeria, the Abeokuta North Local Government area of Ogun state has taken steps towards ensuring that maize produced from the state meet up with the standards required for exportation.

Towards this end, the Transitional Committee in the council area has provided free “afflasave” maize specie to over 300 farmers in the area for cultivation in this planting season.

Chairman of the Transition Committee,  Ibikunle Bayowa, who disclosed this while rendering the monthly  progress reports of his council,  also stated that the council has also trained the farmers on the planting methods that will make their maize produce meet up with the international requirements for planting maize.

Bayowa, who explained that the free distribution of the maize specie was to assist farmers in meeting up with the WHO’s international standards which allows for exportation of only toxin-free maize, also stated that the benefiting farmers were tutored towards applying afflasave specie on their maize plantation before they are matured for harvest.

Emphasising that the programme was in partnership with a private business initiative: Business Supports Academy (BSA), the council boss said BSA kick started the project with 50 hectares of land at Orile Keesan community for afflasave specie maize cultivation for this planting season.

According to Bayowa, prior to the partnership with BSA, maize produce from Nigeria were bared from exportation due to the “aflatoxin” allegedly contained in maize from Nigeria which the international communities said has been proven to contain chemicals that could cause cancer if consumed.

“The local government in collaboration with BSA, trained these farmers and gave out free afflasave maize to them simply because we want them to be financially empowered and to be able to compete favourably with other farmers of the world.”

“For quite sometime now, maize grown by our farmers in this part of the world could not be exported because the international communities believed that these maize contained toxin which they say can cause cancer when consumed.

“With this exercise, our farmers can now export their maize and this in turn, would boost the economy. This we are hopeful, will in turn, bring in more foreign earnings into Nigerian economy.”

Bayowa further stated that arrangements have already been put in place towards ensuring that the programme is sustained for more farmers to benefit periodically.

He added that the over 300 benefiting farmers have already formed themselves into a cooperative societies to enable them access international loans which he said is being facilitated by the International Institute for Tropical Agriculture (IITA).

Commenting on the plans which his council has for the teeming unemployed youths, Bayowa explained that no fewer than 12 unemployed youths are currently being sponsored by his council for entrepreneurial training at the Industrial Training Fund (ITF) in Abeokuta, the Ogun state capital.

He emphasised that the council also has the intention of assisting them with soft loan upon graduating from their entrepreneurial training.

‘Why ranching remains only antidote to farmers-herders crisis’