Entertainment
By Tribune Online On Sep 27, 2019 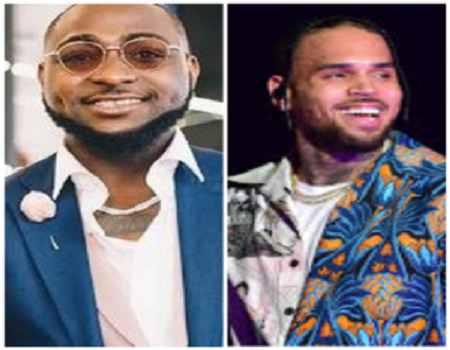 The music star announced the release of his second song with Chris Brown on Sept. 26 to be produced by kiddominant.

The music star made this announcement via his twitter handle @iam_Davido

ALSO READ: Davido’s ‘Blow My Mind’ hits over one million views under 20 hours

The song would, however, be the second major song collaboration between Davido and Chris Brown.

NAN reports that since the ‘Blow My Mind’ song collaboration, which has over 21 million views on YouTube, produced by Shizzi and co-written by World, both singers have been a team.

NAN reports that Davido has been on the IndiGOAT tour with Chris Brown.

A few days ago, Davido was in Washington, District of Columbia, the US with Chris Brown on additional IndiGOAT Tour.

Why we focus on security, infrastructure development ― Buhari