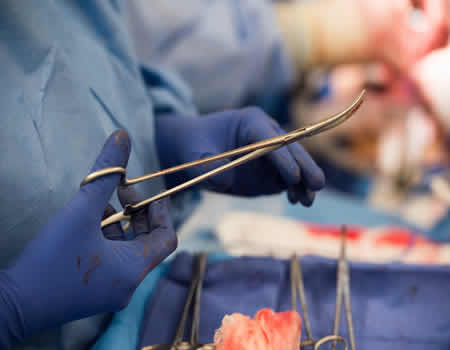 Following the Oyo State government’s resolve to sanitise the private health sector, the state’s Task Force on Private Health Facilities, on Wednesday, closed a hospital in Iseyin after a nurse was found on duty carrying out surgery on a patient.

The task force, which got to the Agbejemate Hospital and Maternity Centre in Iseyin at about 1:00p.m, met the male nurse in theatre carrying out a hernia surgery on a patient.

The nurse, who is also the owner of the hospital, is a retired theatre nurse. He was subsequently served a notice to report at the Oyo State Ministry of Health.

The task force, which visited other five health facilities in the town, also closed four other hospitals for offences ranging from non-registration of the premises, unhygienic hospital environment and failure to have qualified medical staff on ground.

Chairman of the Task Force and Director, Secondary Health Care and Training, Oyo State Ministry of Health, Dr Adebisi Ayoola, said the management of the hospital had been served to report at the state secretariat in Ibadan, adding that: “the ministry will penalise him for that because he is not supposed to operate patients at all.”

Dr Ayoola, who said visitations had also been made to hospitals in Ibadan and Oyo town, declared that the ministry daily received reports on medical negligence and deaths arising from unqualified medical practitioners from private health facilities.