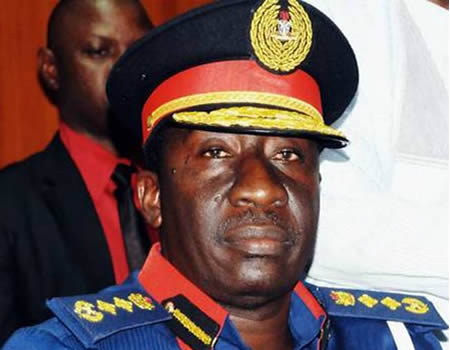 THE Nigeria Security and Civil Defence Corps (NSCDC) in Adamawa has arrested an alleged fake Optometrist operating in Yola.

Addressing newsmen on Tuesday in Yola, the state Commandant of the corps, Mr Nuraddeen Abdullahi, said the suspect, Imuere Ejiro, before his arrest, was allegedly rendering services in two private clinics in Yola.

Abdullahi said the suspect was arrested in possession of photocopies of academic qualification belonging to his younger brother.

He said the suspect was once arrested in Lagos by the Optometrists and Dispensing Opticians’ Registration Board of Nigeria, which fined him N200,000.

The commandant, who called for more public support to security agencies in the state, said there was a joint operation going on with other agencies to make things difficult for criminals in the state.

“The NSCDC has also sent some of its personnel to training as Agro-Rangers to contain farmers/herders conflicts in the state,” Abdullahi said.

Reacting to his arrest, the suspect said he operated in Taraba, Lagos and Adamawa states before his arrest.

Ejiro, who insisted that he was a qualified optometrist, said his arrest in Lagos was because he was practising without registration.

Meanwhile, the Adamawa branch Chairman of Nigerian Optometric Association, Dr Okafor Ikechukwu, said the association had made contacts and discovered that the suspect was a quack.

“He is a quack and impostor who has been defrauding citizens of Adamawa of their hard earned money and at the same time putting their eye sight at risk by prescribing lens which is not licensed,” Ikechukwu said.