No hike in tuition fees at OSCOHTECH ― Provost 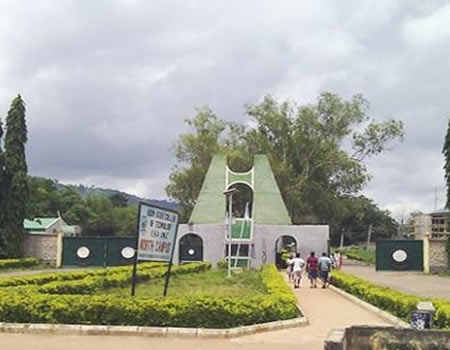 THE Provost of Ogun State College of Health Technology (OSCOHTECH), Ilese, Ijebu area of the state, Dr Abiodun Oladunjoye has debunked rumours circulating in social media that the institution had increased its school fees.

Dr Oladunjoye disclosed this when he received the body of National Association of Nigerian Students, NANS, Ogun State chapter, led by its chairman, Comrade Kehinde Damilola Simeon in his office on Wednesday.

He said that that the institution only increased the fees of the non- indigene students, explaining that the sum of N10, 000 was added to the tuition fees as the disparity of fee for non-indigenes.

”We also want to make sure that students pay something economical. How can somebody who has come for a Higher National Diploma will be paying N30,000, something that is not even paid in Nursery school, Nursery School students don’t pay N30,000 talkless of people who are having their HND, so we are not increasing the school fees? He concluded.

He appreciated the state government for supporting the institution, in terms of scholarships and other useful things.

“We want to thank the Ogun state Governor, prince Dapo Abiodun for making available scholarships for the students who are academically brilliant but who don’t have the money to go to school.

Also the Registrar of the institution, Mrs Oyefeso Abimbola added there is no increment in the school fee, saying that the school fees charged by the college remain the same except for an increase in the non-indigenes school fee.

Meanwhile, the chairman of NANS, Comrade Kehinde Damilola Simeon has dissociated himself from the rumour, saying that those who are responsible for the speculation are impostors.

He said that the management should shun the press release circulating on social media on increase in tuition fees, saying that it was merely speculation.

Comrade Simeon maintained that NANS in Ogun State will not compromise the well-being of the Nigerian students across gateway state.

Comrade Simeon, therefore, passed a vote of confidence on the provost of the institution, saying that during his tenure, the students have witnessed tremendous changes.

He implored him to continue towards ensuring a proper way of the students’ lives on campus.

The British Parliament at the Westminster Hall held a debate on ‘e-petition 554150, relating to Nigeria and the sanctions regime’ on Monday. The government of the United Kingdom has however responded…No hike in tuition  No hike in tuition

The surprise visit made on Friday night by the leaders of the ruling All Progressives Congress (APC) to former President Goodluck Jonathan at his residence in Abuja triggered a stir in the major political camps, resulting in at least four possible theories..No hike in tuition  No hike in tuition