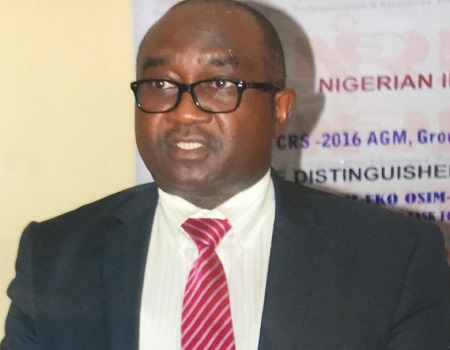 THE Nigeria Institute of Public Relations (NIPR) has threatened to publish a comprehensive list of all unlicensed public relations officers occupying various offices in the country.

Sirajo disclosed that the institute was currently compiling the list, adding that once completed it would be published as part of efforts to deal with quackery in the system.

Sirajo, accompanied by officials of NIPR, where he also disclosed that the institute had been engaging some spokesmen in strategic communication, warning them to be on the side of the law as the harmer would soon fall.

He maintained that NIPR was a creation of the law which criminalises the practice of those not licensed by the institute, adding that according to law, the institute is empowered to set parameters of knowledge to be acquired to practise public relations.

“Part of the enabling law mandates the attorney-general of the federation to set up a tribunal to arrest and prosecute people caught practising public relations by any other name without license. The punishment for practising without license is either imprisonment, or fine or both,” he said.

The NIPR boss said the organisation was not interested in embarrassing people but had no other choice than to publish the list as some have failed to comply with the law.

On his visit to AD4TVRadio, he described the organisation as very promising while advising handlers of the TV station not to compromise professionalism as it would soon become a household name if they stay the course.

“I like what I have seen and the story will be better tomorrow. It is an outfit that didn’t come out until it was prepared,” he said.

Lessons From Fani-Kayode’s ‘Stupid’
The Femi Fani-Kayode experience was needless and plainly avoidable. But something tells me it won’t be the last. There is the feeling today in power circles that because of the ascendancy of the Internet and its platforms of social engagements, the press as we knew it is now impotent and could be humiliated and called stupid without consequences. The truth of the media’s undying powers should be clear in what Femi just went through…NIPR threatens to publish NIPR threatens to publish

Buhari Approves Transfer Of NIMC To Communications Ministry
President Muhammadu Buhari has approved the transfer of the National Identity Management Commission (NIMC) to the Federal Ministry of Communications and Digital Economy. A statement signed by the Minister‘s Spokesperson, Mrs Uwa Suleiman, on Monday in Abuja, said that the approval was based on Buhari’s consideration for the critical role of NIMC towards the realisation of the objectives of the National Digital Economy Policy and…NIPR threatens to publish

Businesses May Not Normalise Till August 2021—Report
BUSINESSES and brands, hoping to return to ‘winning ways’ soon, after the devastating effects of the COVID 19  pandemic, may need to wait a little bit longer, as a recently-released CEO Report, from Philips Consulting Limited PCL,  has predicted that it would take another 12 months, August 2021, for the nation’s business environment to fully activate and operate optimally…NIPR threatens to publish  NIPR threatens to publish