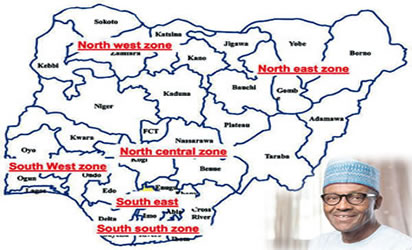 Nigeria started running the parliamentary system of government in 1960. It was terminated in 1966 by a military coup. During this time, the country had Northern, Western and Eastern regions.

These three regions gave rise to the idea of three major ethnic groups in Nigeria. They were Hausa, Yoruba and Igbo for the Northern, Western and Eastern regions, respectively.

The Mid-Western Region was later created from the Western Region in 1963, bringing the regions to four. But the idea of three major ethnic groups persisted, as their members were not ready to allow another ethnic group join their fold.

There are over 250 ethnic groups in Nigeria. Apart from the South-West and South-East zones whose natives are Yoruba and Igbo respectively, other zones have many ethnic groups.

The promotion of Yoruba and Igbo languages in the South-West and South-East is in order. But the idea of promoting only Hausa in the North, and Bini, Efik, Ibibio and Ijaw in the South-South is completely wrong.

Those behind such activities are either doing so out of ignorance or are intent on evil.

The languages and traditions of the six major ethnic groups should be promoted and the translation of some vital information by some federal ministries, departments and agencies into Hausa, Yoruba and Igbo should also be done in Tiv, Ijaw and Kanuri.

250 students get scholarship in Omu-Aran

Is anywhere safe in Nigeria?

On drug abuse by Nigerian youths