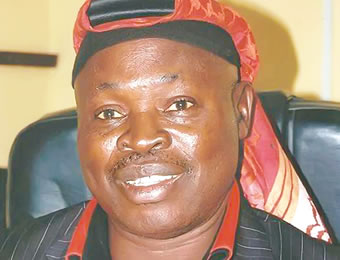 Director of Muslim Rights Concern (MURIC), Ishaq Akintola, a professor of Islamic Eschatology, speaks with SAHEED SALAWU on some issues affecting religion in relation to the well-being of Nigeria and the world at large.

How has the academic environment been able to sustain religious tolerance in such a way that very few cases of faith-based hostility have so far been reported?

The major reason for religious violence is ignorance. People in academic communities are enlightened. They know the limits. They cross-fertilise ideas. No one can pull the wool over their faces on the issue of religion. They may have their differences but they iron out issues and avoid primordial sentiments. Education is all Nigerians need to get over religious fanaticism. The government should open all doors to ensure that every Nigerian is educated. In particular, every Christian child should be taught Christian religious studies and vice versa.

Bigotry has continued to be directed against Islam and Muslims in many parts of the world, especially America and Europe, because some individuals carry out dastardly acts and shout ‘Allah Akbar’ in the process. What do you think is really happening?

I condemn terrorism and all forms of violence. Yet, I believe that justice is the soul of peace. You cannot deny one and enjoy the other. Peace is tied to the umbilical cord of justice. In simple language, I am saying that if you want peace, don’t be unjust to people.

We need to take a second look at the Aristotelian theory of ‘causality’. There is no smoke without fire. Reactions and demand for justice will continue as long as there is injustice in the world. The Palestinian question and the dehumanisation of the Palestinian people are at the root of the crisis in the Middle East.

America and Britain are guilty of genocide against the people of Iraq whose land was invaded under the guise of looking for Weapons of Mass Destruction (WMD). The West later confessed it was a ruse. No WMD was found. A regime was toppled. Saddam Hussein was hanged on Salah Day like Salah ram. This is significant. Forget the fact that he was hanged by the opposition. We know better. More than 500,000 Iraqi children were killed and the West arrogantly refused to apologise. Don’t forget that Iraq was invaded without the mandate of the United Nations. The corollary is the eruption of Arab lands in crisis.

Many will label me as a terrorist for using my head to think like this. They want to gag Muslims all over the world. But it is not Muslims alone who react to injustice. Don’t forget the Irish Republican Army (IRA) and its attacks on British targets. Remember the Red Brigades of Italy. I can go on and on. Various groups react differently to unjust treatments. But it is the violent reaction that catches greater attention.

Do you think scholars have done enough to disabuse the minds of people who believe terrorists who shout ‘Alahu Akbar’ are genuine Muslims?

The onus is not on Islamic scholars to prove anything. Non-Muslims will not believe them no matter how much they try. Islamic scholars do not have the facilities to reach the public. The press does. It is part of the duties of the press to inform, to educate, to investigate. People may think Islamic scholars are merely looking for alibi for the excesses of Muslim extremists. But the press is generally believed to be neutral so the public is more likely to believe it (I mean the press).

We have heard of Christian elements among the Boko Haram insurgents who were captured and who confessed that they used to shout ‘Allahu Akbar’ during attacks although they were not Muslims. How well has the press used that information?

The truth is that there are extremists on both sides. The world in general and Nigeria in particular are sandwiched between two dangerous zealots, namely, Muslim extremists and Christian fanatics. But we continue to deceive ourselves that it is just a Muslim affair. The earlier the world wakes up to this reality the better.

Internationally, Muslim groups and associations affirm that the international media has been unfair to Islam in terms of reportage and analyses. What effort do you think Muslim entrepreneurs can make to counter this syndrome?

Muslim entrepreneurs have tried to establish their own media houses. A few newspapers were established in the past. Some electronic media houses too. But the West is always out to strangulate such media houses. They are identified, hunted down and ‘frustrated’ out of business. Then some media houses feign support for Muslims but they are really working against us. We know them, both locally and internationally.

The Nigerian military recently attacked a Shia procession, killing hundreds, according to Human Rights Watch, after the military claimed they planned to assassinate army chief, Tukur Buratai. The leader of the sect, Sheikh Ibraheem Zakzaky, is still being held by the authorities. As a crusader for the rights of Muslims, where do you stand on this issue?

Our organisation, the Muslim Rights Concern (MURIC), condemned the attack on the Islamic group immediately it occurred. However, facts started emerging when Muslims from Zaria complained bitterly about the excesses of the group even against their fellow Muslims and other Nigerians. Again, many Islamic organisations got in touch with MURIC to put more facts on the table. We are still watching the situation but we don’t want a scenario where MURIC will be taking on other Islamic groups. That will defeat the purpose of our existence.

How, in your opinion, has religion aided or truncated the socio-economic development of Nigeria?

Religion has not performed well enough in this country. Politicians use religion to get to power. Then they use the acquired office to steal public funds. There is massive proliferation of churches and mosques all over the place yet there is no visible sign of the impact of religion on morals.

It is so disappointing. Too much noise everywhere. Vigil and asalatu noise. It affects our health. It disturbs academic performance. Our students cannot concentrate on their studies with all the noise emanating from religious places in the night. It has been partly responsible for the poor performance of our children in examinations. I give kudos to the Lagos State government for its decision to close down religious houses for noisemaking. The exercise should continue. I wholeheartedly support it. Close a mosque if it disturbs the neighbourhood; ditto a church. Enough of bedlam.

Of all the countries of the world, it is in Nigeria that we abuse religion most. You can’t have a quiet ride in the bus without a preacher shouting like hell is breaking loose. I must be frank with you. It is Christians who preach inside commercial buses and our press look the other way. It is shameful.

Religious leaders have equally been disappointing. We need to lead by example. We must be calm. They must teach tolerance and walk their talk. Religious leaders should speak with high sense of responsibility.

What, to you, can afford a lasting religious peace and harmony in Nigeria?

Dialogue, recourse to legal intervention when in dispute and submission to the supremacy of the rule of law will bring enduring peace. Above all, we should allow Christians to be Christians and Muslims to be Muslims while both groups should adhere to the true teachings of their scriptures.

For instance, if female Muslim students rely on Qur’an 24:30-31 as the basis for their demand of hijab on school uniform, I expect Christian leaders to demand the use of veil on school uniforms taking a cue from I Corinthians 11:4-12 which instructs Christian women to cover their heads in order to avoid curses from angels.

Do you have confidence in the ability of Saudi Arabia to conduct a hitch-free Hajj this year?

Yes, why not? Saudis are good at planning and they have the will to improve upon situations. They have learnt lessons from last year’s stampede. Saudi is not a stagnant society; they are always making improvements.

What happened to our Olympic outfit?