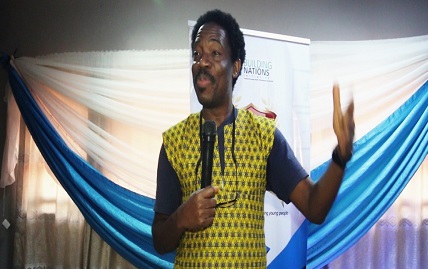 A professor of Development Communication at the University of Ibadan, Prof. Ayo Ojebode, has said that Nigeria will not progress if the core values of the 1999 Constitution are neglected.

He said this recently at the Nations Builders summit,  themed “Rediscovering Lost Values,” to commemorate the 10th year anniversary of the Building Nations Initiative (BNI).

Ojebode, who spoke on “The Role of Parents in Promoting Values-Driven Leadership” explained the reasons Nigeria has remained where it is today while emphasizing that things were not rosy as the younger generations think they were in the country.

In his words: “Section 23 as entrenched in the 1999 constitution of Federal Republic of Nigeria, there are seven (7) core values. They are discipline, integrity, social justice, dignity of labour, social justice, religious tolerance, patriotism. These values work together, and none can be neglected, else sanity will elude such society.”

The UI Don added that “the society has become what it is because parents have failed in holding their children accountable. The Syndrome of ‘get-rich-quick’ has become an unavoidable decadence in society.”

Also speaking at the event, Mr. Mayowa Tijani, a senior reporter with the Cable, spoke on “The Role of Media in Promoting Values-Driven Leadership,” narrating the values of the media to the society, and that the media have been innumerably used to correct many ills of the society.

“I remember following up a story in Rana, Borno State in 2017 on the unattended victims of an ‘accidental military attack’ in the community and the neglect of the leaders who have been reimbursed for their treatments. With the story, the leaders were made to account for their deeds and did the needful in the long run with the level of the reaction from the story,” he said.

In his own reaction, Pharm. John Oluwadero, the President and CEO of BNI spoke on the ordeals of sustaining the organisation and the usefulness of becoming a fellow. He added that the need to right the wrongs in the society should not be tailored around backlashing the leaders but examining their leadership and working on being better people.

He reiterated that youth empowerment is a process and requires continuous engagement. “Only through youth work practice can this process be achieved excellently,” he concluded.

The summit had in attendance, the BNI Board members; Mr. Tolulope Adebayo, and  Dr. Ola John Adepoju.