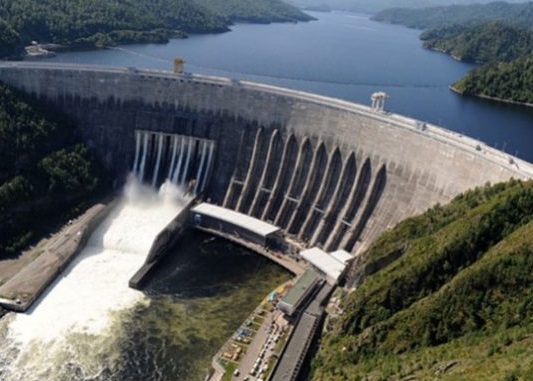 For multiple defaults on a $200 million settlement agreement it willingly entered, Nigeria now faces about $500 million in penalty over the botched $5.8 billion Mambilla hydroelectric power project.

The original awardee of the contract, Sunrise Power and Transmission Company Limited (SPTCL), had accepted a settlement offer of $200 million from the Nigerian government in the course of arbitration at the International Court of Arbitration in Paris, France.

The settlement offer was to compensate for the unlawful termination of the contract and the re-award of same to a Chinese firm.

Sunrise was also expected to let go of all claims to the project which has been grounded for 14 years.

The original contract was to generate 3,050 megawatts, but later reviewed, to 1,525  megawatts and the cost cut down to $4 billion.

Judicial interventions, sought home and abroad, have made it impossible for Nigeria to make any gains from the project and the vacillation of the administration of President Muhammadu Buhari on the compensation is further hurting the country.

In the Terms of Settlement, Nigeria agreed to a sustained halt on the project until the liability to Sunris, is discharged.

The original contract signed on May 22, 2003, became entangled in judicial web following the decision of the Nigerian government to revoke the contract on May 28, 2007 and re-award it to a Chinese company, Messrs China Gezhouba Group Corporation/China Geo-Engineering Corporation (CGGC/CGC).

SPTCL subsequently launched a judicial counter to the administrative action in suit number FHC/ABJ/CS/384/2007 which brought the project to a complete halt.

The suing firm asked for $960 million in damages for breach of contract.

In a series of documents sighted by Tribune Online, the Buhari administration which showed initial resolve to follow through with the amicable settlement initiated by its predecessors-in-office has now spurned the out-of-court settlement in multiple times, with Sunrise agreeing to let go of the penalty for earlier defaults.

The government even committed itself to $200 million penalty in an addendum to the original Terms of Settlement to assure of prompt payment of the $200 million compensation.

The addendum, which is the subsisting Terms of Agreement, is dated March 25, 2020, with the Minister of Power, Mr Sale Mamman and the Attorney General of the Federation and Minister of Justice, Mr, Abubakar Malami, witnessing for the Federal Government.

Leno Adesanya, chairman and CEO of Sunrise and legal counsel, Jeremie Chouraqui, witnessed for the company.

Portions of the agreement read: “There were Terms of Settlement Agreement executed between the government of the Federal Republic of Nigeria and Messrs Sunrise Power and Transmission Company Limited on 21st January, 2020, hereinafter referred to as the “Settlement Agreement” and witnessed by the second respondent, Messrs Synohydro Corporation of China, in the ongoing arbitration between the parties.

“Further to the above, the parties had extensive discussions on the review as it relates to the way forward, most especially on the desire of the FGN, for Sunrise to waive the two default penalties stated in the said agreement and agree on new mode of payment.

“Sunrise, however, expressed its willingness to consider the proposed review by the FGN subject to the insertion of a monetary sanction in place of the provision for reinstatement of Sunrise as the “Exclusive Local Partner” to the Mambilla project.”

The subsisting agreement further states: “Now, it is hereby agreed as follows;

*Clauses 3 and 4 containing the payment terms and the two default penalty clauses of the Settlement Agreement, executed on 21st January, 2020, are hereby mutually waived and the waiver is incorporated as an addendum to the said Settlement Agreement.

*The parties, pursuant to the Settlement Agreement of 21st January, 2020, executed by the parties, have mutually resolved that the FGN shall pay Sunrise the net sum of $200 million  in irrevocable and immediately available funds, to Sunrise’s designated bank accounts in which shall be stated in the invoice to be submitted by Sunrise within the stipulated time frame, hereunder.

“The remaining balance of $100 million shall be paid within 90 calendar days (three months) of the first payment.

*The second tranche of the payment under item c (ii) shall have a grace period of 30 calendar days (one month).

“In furtherance of the extension of time granted by Sunrise, under this Addendum, Sunrise has agreed to waive the second default penalty stated in the Settlement Agreement of 21st January, 2020, subject to the fulfillment of payment conditions, stated in paragraph (c), above and as when due.

“It is however agreed by the parties that if the FGN fails to meet its payment obligations contained in the Terms of Payment, stated in this Addendum, to the Settlement Agreement, Sunrise, will be entitled to a financial default sanction in the sum of $200 million in addition, to the unpaid principal sum of $200 million, plus interest on any unpaid sum (including of any financial default sanctions) at a compound daily interest rate of 10%, per annum, until the full payment is received, by Sunrise, in irrevocable and immediately available funds, in its designated bank accounts.

“Such full receipt by Sunrise, shall discharge the FGN from any further extraneous liability to Sunrise in respect of the Settlement Agreement and this Addendum and Sunrise shall then, have no further recourse to the Mambilla project.

“This addendum, varies the executed settlement agreement of 21st January 2020, only to the extent expressly stated herein and is the irrevocable understanding of the parties mutually agreed.

“Any dispute arising from this addendum shall be settled in accordance with the Dispute Resolution Clause in the Settlement Agreement.”

With Nigeria missing out on all payment deadlines, including the first payment of $100 million which should have been over a year ago, the arbitration in Paris in which Mr. Femi Falana is representing Sunrise, may eventually decide the fate of the country.

The default penalties waived by Sunrise, are also expected to come back into play, since the waiver was subject to federal government, not defaulting on the content of Addendum to the Terms of Settlement.

The reinstatement of the penalties and the $400 million already accruable on the latest default would push Nigeria’s indebtedness to Sunrise, to about $600 million.

The 10% per annum, interest rate, agreed to, by parties in the Settlement Agreement, would see a further spike to close to $700 million payable to Sunrise.

If arbitration resumes without the parties staying true to the Settlement Agreement, Sunrise is likely to walk away with close to $700 million, due to negligence on the part of decision makers in Nigeria.

If Sunrise returns to the Nigerian legal system, the earlier $960 million damages will come back into play.

While there is yet an official explanation for the continuous default, available documents showed that the trio of Malami, Mamman and the Chief of Staff to the President, Ibrahim Gambari, have been communicating on the contract crisis.

President Buhari, according to a letter from Malami, is also aware of the developing saga.

On 17th August, 2020, Malami wrote to the President through Gambari, a memo titled, RE-UPDATE ON THE IMPLEMENTATION OF THE MAMBILA HYDROELECTRIC POWER PROJECT AND THE WAY FORWARD.

The letter read: “I most respectfully wish to refer to your excellency’s directives, conveyed via, State House letter Ref. No SH/COSA/03/A/2790 dated 16th June 2020, on the above subject matter and to forward the attached updated brief on Mambilla project, from its inception till date, for your information and further directives.

Obviously on the strength of from Malami’s letter, Mamman, in a memo dated 19th August, 2020 and addressed to Professor Gambari, said, “I refer to your letter dated August 18, 2020, with Reference No, SH/COS/03/A/2835, on the above subject and wish to comment on issues raised by the Hon. Attorney General and Minister of Justice, in the accompanying report as follows;

“The Ministry of Power is in total support of the position provided by the AGF who has been the lead in finding an amicable out-of-court settlement to the dispute. The ultimate aim of the Ministry is to see that Mambilla project implementation can proceed unencumbered, therefore whichever settlement option that can lead to peaceful resolution for the project, to commence will be acceptable by the ministry.”