Nigeria is at crossroad of true federalism ―Tompolo 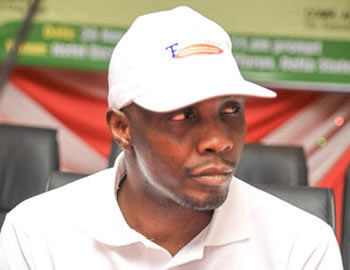 Out of his hiding coven, former militant and fugitive, Chief Ekpemupolo, alias Tompolo, has declared that the country is at a crossroads.

He opined that the accusations from the militant groups and his legal tussle with Federal Government on graft, which is not peculiar to him alone, are evidences that the country is at a fix.

“Ordinarily, we would have ignored these media statements by these so called avengers and reformed avengers because it is not a new tactics by these groups in bringing Tompolos name to whatever thing that happens in the Niger Delta region because of his legal battle with the government.

“Let it be stated at this point that Tompolo is not the only person having legal issues with the present government.

“Let us also state here that these accusations do not take away the fact that our dear country is in a crossroad.

“Eminent Nigerians have repeatedly said in recent time that Nigeria has never been divided like this since her independence in 1960,” the former leader of the Movement for the Emancipation of the Niger Delta (MEND).

“It is our sincerely advice to the government to urgently address the issues that are trending in the countrys political domain.

Tompolo, lending a voice to advocates of restructuring, proffered  restructuring/true federalism, participation of Niger Deltans in the oil industry, the Ogoni clean-up campaign, relocation of the headquarters of the International Oil Companies, establishment of Modular Refineries and resumption of academic activities in the controversial Nigerian Maritime University, Okerenkoko, among others as the pathway to enduring peace in the region and country.

He said if the Buhari-led administration was able to address what he described as “very germane issues, such gesture would “shame mischievous elements in the polity.”

He reiterated his earlier stand that nothing will make him, Tompolo, to resort to destruction of oil facilities, which he once protected in a contractual arrangement.