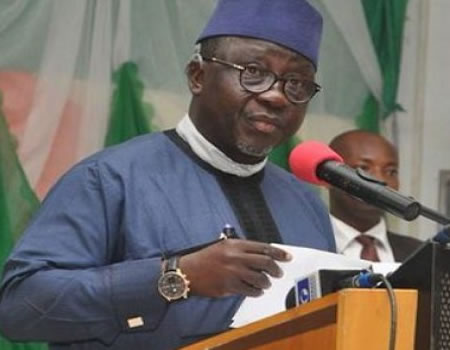 The Nasarawa State Commissioner for Local Government and Chieftaincy Affairs, Haruna  Illiya-Osegba, has said that the 13  Local Government Areas in the state has mapped out plans to ‘clean up’ its payroll in order to end the regime of payment of salaries in percentages.

Osegba who disclosed this to newsmen on  Monday,  in Lafia, after the state’s  local government Joint Account Committee and stakeholders meeting, said the state shared the sum of N1.8 billion for the payment of staff salaries for the month of October.

Osegba explained that “we hope that if we work hard as agreed to clean our payroll and explore other avenues of generating internal revenue, we should end the regime of percentage salary payment by the end of the year,”

He further explained that, the allocation was N300 million less than what local government areas got in the previous month.

According to him, the local government areas would pay salaries to workers ranging between 65 -85 per cent as was done in the month of September.

He  therefore called for the understanding, patience and support of all workers as government was working assiduously to ameliorate their plight.

Nigeria is at crossroad of true federalism ―Tompolo