•May rise to $1bn by December 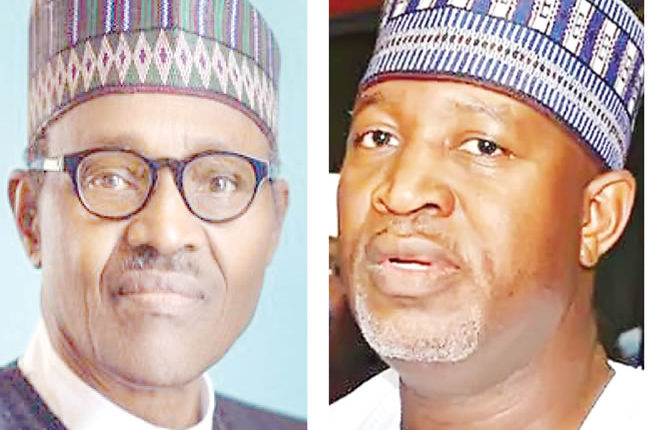 THE ongoing controversy over the foreign airlines’ trapped funds in Nigeria may soon explode on the face of the Federal Government as the trapped funds have now increased from the hitherto $450 million to a whopping $600million.

Information reaching the Nigerian Tribune has indicated that the debt which was put at $285 million in March this year and rose to $450 million in June has again skyrocketed to $600 million with the belief that the amount can further increase to almost $1billion by the end of 2022 if the Federal Government fails to intervene.

The amount which consists of the accumulated funds generated by the over 27 foreign carriers operating in Nigeria through the air transport services rendered to the Nigerian traveling public, but got trapped in the Central Bank of Nigeria (CBN) due to forex scarcity, has continued to generate backlash both from within and outside Nigeria.

According to information gathered by the Nigerian Tribune at the weekend, the latest $600 million trapped funds represent nearly half of the whole $1.620 billion owed the foreign carriers globally showing Nigeria as having the biggest indebtedness to the foreign airlines.

Prior to now, several efforts made by the foreign airlines to get the trapped funds back to their home countries had failed to yield any positive response from the government and the CBN.

The peak of the controversy which took a centre stage at the recent Annual General Meeting of the International Air Transport Association (IATA) in Doha, Qatar, had the Director-General of the global clearing house for over 300 airlines across the globe, Willie Walsh, expressing his displeasure over the trapped funds in Nigeria and other parts of the world.

The latest information that the trapped fund has increased to $600 million, has however, elicited reactions from stakeholders across the sector with many warning that if the trapped fund continues to pile up that it may pitch the federal government against the home countries of the foreign airlines.

Though some have argued that the circumstances surrounding the trapped funds is beyond the government in view of the global scarcity of forex, others have accused the government of failing to comply with the international trade agreements existing in the Bilateral Air Service Agreements (BASA) policy between Nigeria and the countries of the foreign airlines which agreed that such funds should be allowed to be repatriated to the countries of the airlines that generate such funds.

While some key players have claimed that the continuous trap of the funds in Nigeria may boomerang, Director at Zenith Travels and a member of Aviation Round Table, Mr Olumide Ohunayo, in his reaction said a great consequence awaits the country as the funds continue to increase.

His words: “As of June, 2022, it was $450 million, that amount has moved to $600 million that Nigeria is owing foreign airlines that they could not repatriate which is their statutory responsibility based on the bilateral agreement.

“The whole world is now owing the foreign airlines $1.620billion, but out of this, Nigeria alone is owing $600 million. The amount is increasing, It was $285 million in March but increased to $450 million in June and has now moved to $600 million and the consequences are there for us to live with. Some of the airlines are no longer selling their cheap fares in Nigeria and now they have stopped selling their tickets in Naira. So, these are some of the effects.”

Speaking in the same vein, president of the National Association of Nigeria Travel Agencies (NANTA), Mrs Suzan Akporiaye, concurred with the notion that failure of government to urgently address the crisis may have its negative effect on the generality of the Nigerian traveling public and the travel agencies.

Responding to the likely effects of holding on to the trapped funds of the international airlines, Akporiaye said: “As regards the increase of foreign airlines trapped funds, as long as we keep selling, the amount will keep increasing there is no doubt about that. Definitely it is a situation that will explode on our face if nothing drastic is done very soon. And once it gets to that stage nobody can blame the foreign carriers anymore.

“So the amount will keep going up as long as we keep on issuing tickets and that is why there has been restrictions which have been placed by the foreign carriers just to make sure the cost does not rise above what they can afford.

“For instance, we cannot issue ticket that does not originate in Nigeria in Naira again, you have to go to the airline website and use your dollar card for purchase. What do I mean by ticket that does not originate from Nigeria,  like somebody is coming from London into Nigeria and back to London, such ticket has been restricted for sale, the only way such ticket can be sold is that such ticket has to be sold from the UK market or through the website of the airline. So those are the things the airlines have put in place to make sure this does not rise above what they can manage.”

Lamenting how the actions taken by the airlines to cushion the effects of the trapped funds have affected the business of travel agents in the country, Akporiaye said: “Of course with all these airlines’ restrictions, our members are not just feeling the heat, but we are being cooked in heat, the heat is becoming unbearable, we have been feeling the heat long before now, right now the heat that the travel agencies in Nigeria are feeling as a result of these blocked funds of the foreign airlines has become unbearable.

“Just as the foreign carriers have put some restrictions, we as travel agents, have also made some adjustments in our operations just to survive this process. So I use this opportunity again to call on the government that they should please remember the crisis that came up as a result of the COVID-19, my members are still trying to manage those crisis, we are still trying to manage the debts that my members incurred through that period, we are trying to pay. So all that is going on and we are having this crisis again, the way I feel about this is that government has to put on its priority list the funds of the airlines, it cannot be on a non-priority list, I believe the reason why it is like this and it’s been piling up is because it has not been on the government’s priority list.”

Corroborating the positions of many stakeholders, another well respected travel expert who said he was not authorised to speak on the issue had declared: “The amount of trapped foreign airlines’ funds is in excess of $600 million. Unfortunately, repatriation of this huge amount is not the priority of either the finance minister or that of the CBN Governor, politics is on their minds. It is therefore, up to the airlines to take whatever measures to reduce their risk and exposure in this market or lose a substantial part of the funds as a result of erosion of value. They will reduce flights, they will issue tickets only point to point and travelers will only have to purchase tickets for onward destinations when they arrive at the airlines hubs or make arrangements to purchase tickets in dollars or euros.”

When Nigerian Tribune contacted the head of Corporate Department of the CBN, Osita Nwanisobi, he only said the foreign airlines’ fund was not trapped at the apex bank in the country.