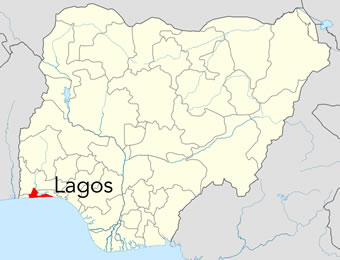 Worried about the over congestion of prisons in Lagos and other parts of Nigeria, the newly inaugurated Chief Justice of Lagos State, Justice (Mrs) Opeyemi Oke, has charged the government across board to sign death warrants in their care so as to decongest prisons in the country.

Mrs Oke said this when answering questions thrown at her by lawmakers in the Lagos State House of Assembly when she appeared before them for the approval of her appointment as the next Chief Justice of Lagos State, during the Thursday’s plenary.

Throwing her weight behind death penalty to criminals, which was one of the questions she was asked, the new chief judge said carrying out capital punishments on those deemed to have committed crimes that deserves it was one major way of deterring others from doing same.

She therefore called on relevant powers  including the Federal Government and state governors to do the needful and get all death sentences in their case done away with.

“I am totally for death sentence and capital punishment. Those who kill others should be killed. I challenge the state governors to sign death warrants so that people would be discouraged from killing others. So I am for the death penalty,” she said.

Also answering questions on juvenile delinquency and hard drugs among undergraduates, Oke told the lawmakers that foster homes would be created to house juvenile prisoners.

According to her “most students go into drug abuse due to peer group influence, an awareness would be created on this and we would work in conjunction with the executive and the legislature on this.

“I am not happy with delay in justice and it is part of what I want to work on. Lawyers are also culpable on this, and we would have polices on this as a new administration. Our judges are ready for change if others are ready.’

She also stated that she would fast track other cases apart from commercial such as those involving lands, family, crime and others.

Sixty-three-year old Justice Oke was appointed as the Acting Chief Judge of the state two months ago after the retirement of the former Chief Justice of the state, Justice Olufunmilayo Atilade.

Ambode had earlier sent a letter for her clearance as the next chief judge to the House of Assembly as stipulated by the law.

With the appointment, Justice Oke becomes the third consecutive female Chief Justice of the state after Justice Ayotunde Phillips and Justice Olufunmilayo Atilade both retired.