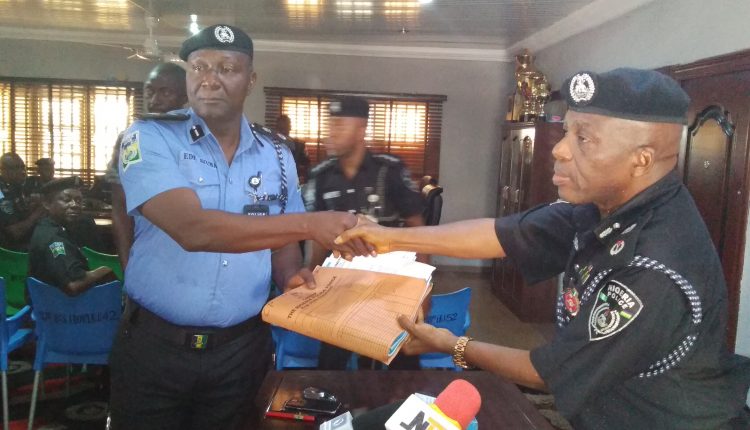 The new Kogi State Commissioner of Police CP Ede Ayuba has promised to tackled kidnapping and other criminalities and also to mop up illegal arms in the state.

He made this known on Tuesday in Lokoja while addressing newsmen shortly after he took over for CP Hakeem Busari who retired from service after serving 35 years.

He noted that is his coming to the state will surely put to an end all criminalities in the state stressing that he will follow the road map of the immediate past Police Commissioner Hakeem Busari by making sure his command put to an end the problem of kidnapping and robbery in the state.

CP Ayuba assured the people of the state that he will do his best to see that Kogi State is a crime-free state so that people can sleep with their two eyes closed.

He also promised to mop up illegal arms from circulation adding that this is the only way the command can tackle kidnapping and other criminalities in the state.

CP Ayuba called on the people of the state to give him the support as he also demands commitment from his men.

Earlier, the CP (rtd) Hakeem Busari commended the command forgiven him the support as Commissioner of Police in Kogi State.