Do I go back to him?

Converse with Yemisi
By Yemisi Aofolaju On Jul 16, 2016 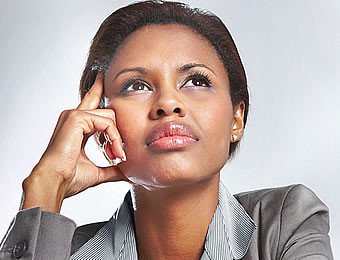 I am a 29-year-old woman. I got married some four years ago to the man in whom I felt my marital bliss is. Our relationship dates back to when we were on campus. He played on while our stay on campus lasted.

I happened to be from a comfortable home where our basic needs were met without having to look at anybody’s face for succour in times of need.

I am from a polygamous home, my mother happened to be the third wife and incidentally my father’s favourite. My father has five wives. I am my mum’s first of four children.

I graduated the same day as my intending husband. During the service year, we decided to have our traditional wedding, hoping to have the real ceremony after service.

My daddy ensured that my fiancé and I were not posted out of the South West. We were in the same city so as not to give room for suspicion from either of us. But one thing I noticed in the guy that baffled me most was the fact that he behaved irrationally and most times, I felt that I was actually the one in love.

I learned to live with this observation hoping that he would turn a new leaf by the time we begin to share the same roof. I began to feel threatened and wanted to call it quits even after invitation cards for our wedding had been sent out, but I was prevailed upon to keep tolerating his excesses.

His unbecoming attitude came to a head after our wedding one and a half years ago. In spite of the fact that my father was responsible for our apartment’s fee in the mainland of Lagos, my husband started treating me like his house help. Unfortunately for me, I could not conceive in good time. All the necessary tests were carried out and I was diagnosed with fibroid that needed to be taken out for me to get pregnant.

This development raised more questions than answers as I could not figure out what could have caused this. As quickly as I wanted this obstacle removed so also did my nightmare come. When I told him the discovery that was made, he instructed me to go back to my father’s house as he never had the intention of marrying me in the first place.

As any parent would react, they were quick to ask of the bill which my dad ensured was settled in good time. While this trying time lasted, my supposed husband never demonstrated any sign of commitment. I went through this with the backing of my parents.

He refused to show up at the hospital and when I was to be discharged, he said I should fuel his car if I wanted him to come and pick me which I did.

Getting back home was like hell as I did not enjoy any form of support from him. Then the trial continued. I later started having serious pains that necessitated my return to the hospital for another round of tests. I was in the end referred to a specialist hospital where I was told that the first operation was not necessary.

When my brother who is based in South Africa got wind of my predicament, he said that I should try all I can to come abroad to fix the problem. To this my husband was indifferent. This time again, my parents rose to the occasion and perfected all my papers to travel out for treatment.

My husband refused to take me to the airport on the excuse of not having money to fuel his car. At this point, I felt cheated and took it again in my stride. I travelled to South Africa and I was told that I was misdiagnosed. At this point, what mattered most was my health which I regained under a month.

When I called him from South Africa about their discovery, he told me point blank that he doubted if he would have anything to do with me any longer and that I should go finally to my parents.

On arrival in Nigeria, I waited endlessly for him, but I went home disappointed as he refused to turn up.

Not to bore you with tales because the story is fairly long, I am now in my father’s house.

What do you think I should do?

Dear readers,
Please counsel Racheal on what you think she ought to do in this situation. Send your advice to 08055001741

Re: Where is my Mummy?