NDLEA seizes tonnes of cannabis worth N250m in Kwara 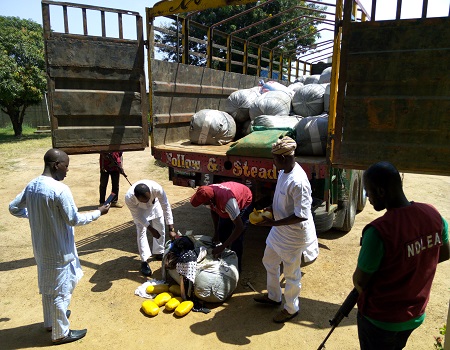 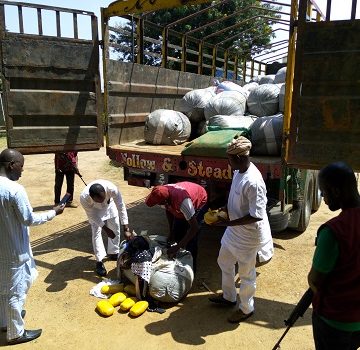 KWARA State command of the Nigerian Drug Law Enforcement Agency (NDLEA) has arrested two persons in connection with the seizure of three tonnes of compressed cannabis valued at N250 million in the open market.

Speaking with journalists in Ilorin on Friday, the assistant commander operations, logistics and intelligence of the agency, Emmanuel Dandi, said that the arrest and seizure were effected on Thursday at about 11:30 pm at Okolowo area of the Ilorin metropolis, adding that one of the suspects escaped arrest.

Dandi, who said that the compressed cannabis, otherwise known as conk, was imported from Ghana through Togo and Republic of Benin, added that the arrest and seizure were made possible by intelligence reports.

He also said that arrested persons were identified as truck loaders, adding that investigation was ongoing to unravel people behind the importation.

“Obvious repercussion of the cannabis finding its way into Kwara State markets cannot be overemphasized. The cannabis is compressed by machine and not an ordinary one. It’s imported. It came into Ilorin through one of many borders in the State. The method of concealment is that the cannabis was wrapped with used clothes, cello taped and put inside sacks. The suspects ferried the sacks into the country through the border in bits, using small cars, which are loaded with goods such as rice. They later repackaged the bags in trucks for distribution.

“Our immediate concern is that the size of the quantity is taken off the market. That’s why we did the parade in haste.

NDLEA boss, who appealed to the government, well-meaning people and stakeholders to assist in logistics, said that the agency was in dire need of assistance in its operation to perform better.

He also called for useful information from members of the public, to make work of its officers easier, promising to treat every bit of information supplied with confidentiality required.

As 2019 general elections draw near, Dandi also appealed to parents to see drug problem as a collective one but not that of the NDLEA alone, saying that they should monitor activities of their wards.

2019: Do not participate in bloody politics, youth commissioner warn youths