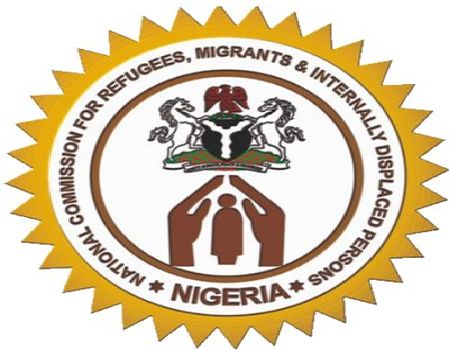 No fewer than 2,000 people displaced by flood across three local government areas in Kogi State have been empowered by the National Commission for Refugees, Migrants and Internally Displaced Persons, (NCFRMI).

The victims suffered an irreparable loss in 2018 when floods ravaged 9 local areas of the state, which prompted the state government to solicits Federal Government assistance.

The beneficial local government areas are Bassa, Igalamela /Odolu and Ibaji, all located along River Niger banks which made them prone yearly flooding.

The Federal Commissioner of the agency, Sen Basheer Garba Mohammed, who made the donation in Ayangba said that the donation was meant to alleviate the suffering of the displaced persons in line with the directive of the President who expanded the mandate of the agency to include providing relief to displaced persons especially at this time of national emergency occasioned by the COVID-19 pandemic.

“We are here today to distribute commodities to the IDPs in line with the directive of President Muhammadu Buhari, GCFR who has charged all government agencies in the humanitarian ecosystem to intensify support to vulnerable populations in these difficult times.

According to him, “the National Commission for Refugees, Migrants and Internally Displaced Persons was initially established by the National Commission for Refugees Act (1989) now Cap. N21 Laws of the Federation of Nigeria, 2004 to solely safeguard the interest and treatment of refugees. In 2002 and 2009 however, the Commissions mandate was further expanded by Presidential Directives to additionally cover the resettlement of IDPs and the coordination of migration.”

The Commissioner said that the Commission now provides durable solutions to all refugees, returnees/deportees, asylum seekers, Stateless persons, migrants and Internally Displaced Persons with the 36 States and the Federal Capital Territory.

He said that the Commission, “therefore, is very much aware of the crises that have rocked Kogi State and the unfortunate yet seasonal rise in displaced persons due to heavy rains and rising water levels in the nearby River Niger.”

While commiserating with the state government for the lives lost,he said that as the government agency leading the movement towards the provision of durable solutions to Internally Displaced Persons, it is definitely saddening however, to know that seasonal displacement caused by flooding is almost inevitable.

The Federal Commissioner promised continual support to the displaced persons in the state in the area of integrating them into the society to maintain a healthy, happy Nigerians.

“We will continue to support the State in providing care and maintenance services as well as special interventions as the needs arise, which is partly why we are here today. our ultimate aim is reintegration and resettlement for healthy, happy Nigerians.

“The Commission have intensified vocational training for the IDPs to make them self-dependent. We have also designed prototype mega cities for resettlement of those IDPs that cannot return home for obvious reasons.