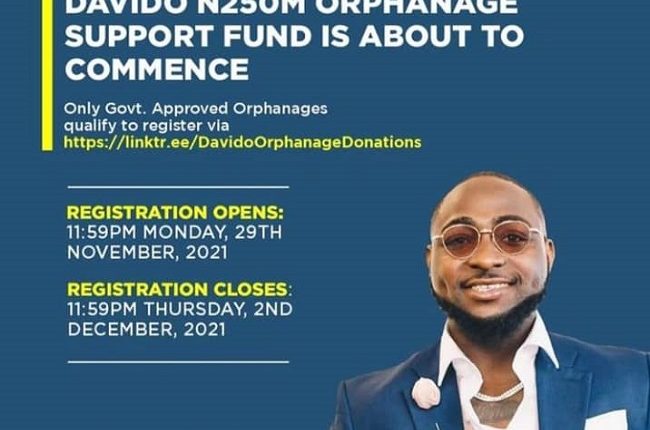 Singer Davido has given an update on the disbursement of the N250 million orphanage support funds, announcing that registration for the distribution of the fund has commenced.

He had assured his fans and concerned citizens that he would ensure the fund gets to those who truly need it and warned that no one would be allowed to mismanage it.

The award-winning singer also disclosed that only government-approved orphanages are qualified to register for the support fund.

According to him, registration commenced today November 29 and closes December 2, 2021.