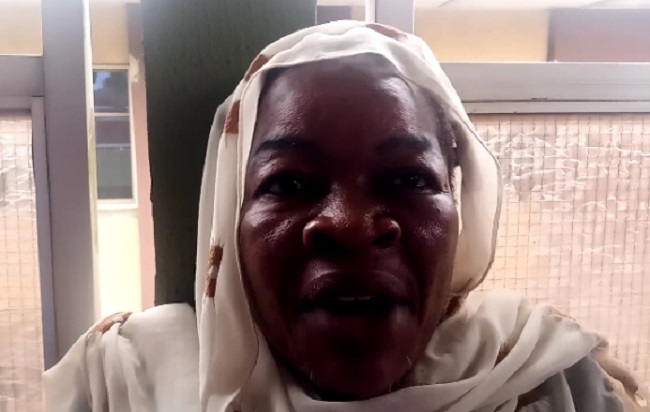 Mother of a 37-year-old Ramon Azeez, killed in a fracas which ensued between shop owners and members of Park Management System (PMS) at Iwo-Road area of Ibadan on Wednesday, Alhaja Salimot Azeez, has said the only thing the Oyo State government could do for the soul of her son is to make the perpetrators of the act to face the full wrath of the law.

She noted that the family has video evidence where some leaders of PMS in the state asked his members to attack traders at the shopping complex.

Alhaja Azeez, while speaking with journalists at her Ibadan residence on Friday, said all her children are devout Muslims contrary to claims in some quarters that late Ramon was a cultist.

She stated that: “The transport union people had been using the frontage of the shopping complex for years. As a matter of fact, they used to defecate and smoke in my shopping complex when I first bought it. They used the place for transportation activities for not less than seven years.

“It was former Commissioner of Police in Oyo State, Adisa Bolanta, who intervened and resolved the matter and that we should allow them to use a part of the entrance and I allowed them. Even the Divisional Police Officer at that time took photographs of the way the commercial drivers were disturbing us and took them to the Commissioner of Police and he resolved it for us.

“Despite the fact that I gave them space to operate, they were not satisfied. My son who was killed graduated from Lead City University. My firstborn who they attempted to kill graduated from a university in London. He said he could not do the kind of job people are doing in London and that was why he came back home to engage in personal business.

“My son, Ramon, who was killed has a shop within the complex where he was selling phones. He was never a cultist. He was a phone dealer. I don’t know what I did for the park managers that made them kill my son. This is a great loss.

“A 37-year-old was killed just like that. Government should help me to get those who killed my son. I want justice. I want to know why they killed my son when he didn’t fight or drag anything with them.”

The elder brother of the deceased who is also the manager of the said shopping complex, Hammed Azeez, while speaking on the incident, said he was the main target of the members of PMS who attacked his brother.

He said: “I was actually the target. Had it been they were able to lay their hands on me that day, I wouldn’t have been here today. I still don’t know why the man is still walking freely.”

In spite of the huge investment in the water sector by the government and international organisations, water scarcity has grown to become a perennial nightmare for residents of Abeokuta, the Ogun State capital. This report x-rays the lives and experiences of residents in getting clean, potable and affordable water amidst the surge of COVID-19 cases in the state…Mother of man killed  Mother of man killed

The Lagos-Ibadan railway was inaugurated recently for a full paid operation by the Nigerian Railway Corporation after about a year of free test-run. Our reporter joined the train to and fro Lagos from Ibadan and tells his experience in this report…Mother of man killed  Mother of man killed