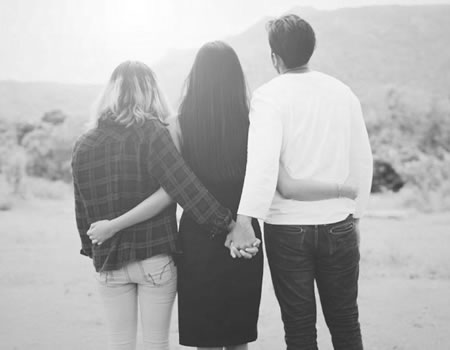 Nature, the universe or God, has not designed men to be monogamous; asking a man to live a monogamous life may be akin to telling a fish to live outside water or akin to preaching monogamy to a male dog, a cock or a male goat.

Nature allows this because it wants the earth to be filled with human beings. In order to achieve this, it has to fill men with enough testosterone.

Islam got this ideology well by allowing men to marry up to four wives because it knows one woman may not be enough for men with high testosterone, provided one can love them equally. Can one love four people equally? I’m not very sure. Even with this generous provision, most still have five concubines or more.

To manage one wife is war, not to talk of four; you must have expertise at managing the war front to manage four wives. But the desire for more wives is mostly to satisfy the testosterone aspiration.

On the other hand, Christianity preaches one man, one wife. The bible has not said so but because the bible said God created a man and a woman at the beginning, many people assume it means monogamy.

The animals were also created one a-piece, and to be sincere, over 60 per cent of men can never be satisfied with one woman (sexually speaking).

Here you find a man with one wife but five to 10 concubines or sex partners. More so, during pregnancy of the wife most men can never remain celibate for six to 12 months.  Most monogamous men become vulnerable to outside sex because becoming suddenly celibate for months is never an option.

After birth, if the vagina becomes loose and sex is not as pleasurable as before, it may cause problems for some men and may lead to extramarital sex.

One woman per day for the next 200 days may not be enough for some men, so opting for just one wife may be an under utilization of sexual potentials.

Monogamy is a very great idea and the best policy if adhered to, for it calls for more organised and decent life style, but with this testosterone aspiration, is it feasible for over 60 per cent of global men?

Men need to work extra-hard to tame and defeat this monster because one man can impregnate 50 women or more in a year if given the opportunity, but those who can’t manage their sexual urges or whose testosterone level is extra-high should rather opt for polygamy.

APC is the party to beat in Ondo governorship election —Kalejaye

When will Nigeria’s security challenges end?