Millennials and burden of yet another economic disaster 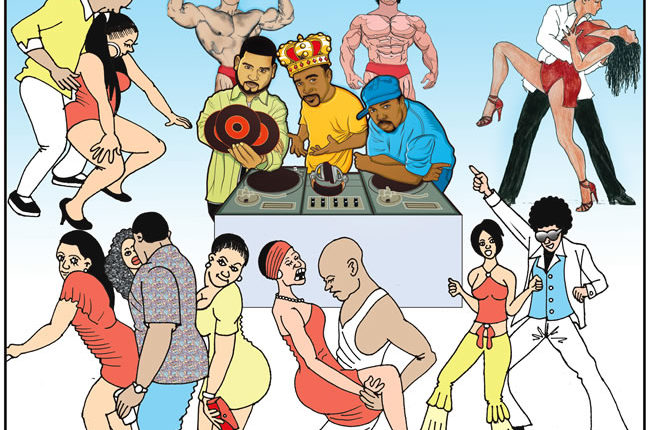 THIS generation has not had it easy at all – we are the generation that is easily credited with a lot of debilitating qualities as to wonder whether the world has any good prospect with these bunch of loafers so to say. We are told that millennials are the most individualistic yet – having so many social media acquaintances and contacts without having real friends; very impatient and committed to anti-structure existence and thus highly mobile in their social and work life; they are reported to be with low economic prospects as they are the ones living longest with parents and finding it difficult to set out on their own economy journeys; and perhaps because of unmet expectations, they seem to be much more depressed than others. These are not characteristics to dispose the Millennials to liking themselves and their prospects and there is a sense in which the characteristics could be self-impairing as they see themselves as already down within the societal calculus. And the statistics are not anything to cheer according to St. Louis Fed’s Centre for Household Financial Stability: “The average millennial family born in the 1980s had amassed a median net worth of only $23,200 by 2016, 34% less than expected, and a median income of $51,200, 3% below projections …  Those without college degrees fared even worse. Their income was 9% below expectations and their wealth was 44% lower. Likewise, black and Hispanic millennials typically have less wealth and income than their white peers.”

To be sure, the millennials came of age at the worst possible economic moment as they faced an economic collapse after the 2008 financial crisis. The economic collapse meant that the millennials couldn’t start of life on a good footing as the indicators were largely negative and unfavorable. Those that had taken education loans with the hope of paying back gradually after graduation upon securing jobs were disappointed as there were no jobs available with companies generally shedding staff and even fighting for survival.  Of course, it would be difficult to come up with specific figures for anything in Nigeria but it cannot be denied that if millennials in the US were finding it difficult to survive and make ends meet, the situation would be worse in Nigeria with its underdeveloped economy. In fact, if millennials in more developed economies were attending universities under the burden of huge education debt, many millennials could not even contemplate going to university in Nigeria as they were saddled with the sheer problem of surviving. Many analysts revealed that millennials have had to battle the ghosts of the 2008 economic collapse for more than ten years as the revival from that collapse had been uneven, with the inequality in the world becoming heightened, of course with the lower levels remaining poor as the rich got richer.

This  situation has not got better before the millennials were saddled yet again by another economic collapse, this time arising from the coronavirus pandemic. This is a very big blow to the whole world and especially the millennials as they are being bugged by another economic disaster even while they are yet to get out of the negative effect of the earlier one. The implication is that millennials are further going to be marooned into economic doldrums. States Reid Cramer: “the coronavirus pandemic which (has) led to the loss of more than 20 million jobs  in April alone (in the US) … threatens to set millennials back even more. … Young families are going to be put under a lot of pressure through this experience.” This testy remark from Cramer is buttressed by the lived experience of Brianna Garcia when she states: “There’s already too much to go against under normal circumstances, on top of this added pressure of the pandemic and the economy and the shakiness of it, I don’t really know what’s going to happen to me. … Those who have good jobs want to make sure they keep them…” And what all this means is that the millennials are sinking deeper into the economic morass, just as stated by Ana Hernandez Kent: “Millennials as a whole were more vulnerable going into this, … especially for those who have lost jobs, lost their income and then have no wealth safety net to fall back on, they could really, really suffer from this and be hard-pressed to recover.”

Yet, our concern here is not really about the plight of millennials in the US and other developed economies however grave that is because the millennials out there still have the benefit of the support structures like unemployment benefit to help tidy them over some of the pains, Rather, we are more concerned about the position of millennials in a country like Nigeria where the total economy is in doldrums and nobody, except a few nouveau riches, are really able to have worthwhile existence. This is a setting where millennials are trapped into nothing – no job, no family, no prospect – and then are made to face yet another economic disaster amid the coronavirus pandemic. It is said that the unemployment rate in Nigeria is above  50 percent and National Bureau of Statistics (NBS) has just indicated that the poverty level is about 41 per cent, telling us that the economy is not just without employment opportunities, it is also one without productivity and welfare for majority of the population. This is a combination that should ordinarily invite a declaration of an emergency if the rulers in the country appreciate what it means to have majority of the population unemployed and in penury. But everybody is carrying on as if there is no crisis or problem.

Yet in reality, we are not just talking about millennials here – but about the overwhelming population of the country who have no gainful engagement and the country is not disturbed beyond the occasional speech here or there by the rulership to promise what they would not do. Unfortunately, we are only breeding and would continue to breed disappointed millennials who are going to be bitter about their lot given the near absence of any worthwhile plan to address their plight. It is true that they have been dealt a bad hand being the only generation to have faced two economic disasters in such a short span, but they obviously deserve attention to ensure that the society is putting in place structures that would give them hope when they strive to cope with the fallouts of the latest disaster.

Unfortunately, that is not the setting we have in Nigeria even as we hope that the rulers would understand the imperative of helping millennials and others in the society to overcome the strictures of the economic disaster occasioned by the coronavirus pandemic to the ultimate benefit of the entire society. We obviously have a problem on our hands if a significant generation such as the millennials feel lost and disillusioned and it would make great sense to address their disillusionment.

Before the next loan syndication wave arrives