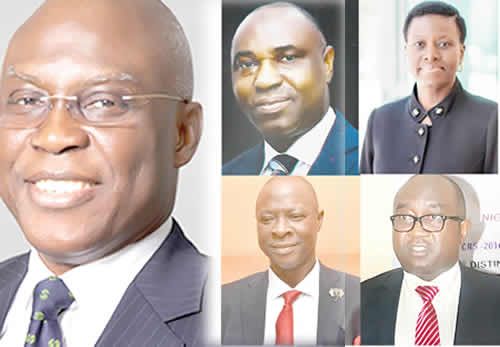 On Thursday, November 3, 2016, Facebook CEO, Mark Zuckerberg lost $2.5billion of his fortunes as the shares of the company plummeted by 8 per cent. This plunge was sequel to an announcement by Facebook’s Chief Financial Officer, David Wehner, that the social media giant’s advertising revenue growth would slow down meaningfully in mid-2017, as the company planned to put a lid on the number of advertisements that could be shown in its news feed. The investing public responded swiftly by offloading Facebook shares. Although the stock later gained a measure of stability, the scenario was anti-climatic because the company had just reported a heart-warming third quarter result of $6.8billion revenue and a $2.4billion profit, which was a 166 per cent improvement on the profit posted in the same period of 2015. The investing public was shocked by the news of a possible future decline in the company’s revenue and, by extension, profit. Hence, in spite of the company’s wowing performance, investors resolved to cut their possible losses by scaling down their investment in the company.

Similarly, it has been argued that the recession which Nigeria slipped into in 2016 was not as much a result of the decline in petro-dollar revenue accruing to the country as it was a consequence of statements by President Muhamadu Buhari shortly after his election and inauguration. Some people believe that the President had given the impression that most Nigerians were corrupt and would be sent to jail. Those who hold this opinion said the President’s statements created a sense of instability for foreign investors who sold off their investments and changed their money to dollars, thus piling pressure on the local currency. They also readily cite the example of the statement made by former British Prime Minister, David Cameron, that Nigeria is a fantastically corrupt country. According to them, rather than the President frowning at the former premier’s diplomatic gaffe, he expressed his agreement with Cameron’s statement. Not a few are of the view that the utterances of the President on the level of corruption in the country constituted an albatross to the nation’s economy.

Life is information-driven; living is information-dependent. An individual’s quality of life is a function of the quality of information he has access to. Without information, life loses its essence. Life is valued or debased as a result of available information. Information is the blood of thriving organizations; hence they treasure and protect their reputation with all their might knowing that any untoward information about their organization can send it crashing immediately.

Information must be processed

Effective leaders know that they are only as strong, wise or precise as the quality of information at their disposal. Therefore they have, over the years, devised diverse ways of accessing up-to-date information so that they can act right at all times. A leader who has access to a wrong piece of information or just a shade of the information is likely to make wrong decisions that will impact negatively on the organization or nation he leads. Consequently, many leaders don’t act on raw information but process the information, distil the truth from it and even measure the distilled truth against certain standards before acting on the information. Oftentimes leaders don’t have the luxury of time before acting on information they have. This is why it is critical for a leader to be able to think on his feet and make decisions. Leaders must also learn to be dispassionate and not given to mood swings so that they can act right at all times.

The killing of 140 in Yemen

Saturday, October 8, 2016, was a sad day in Yemen as a funeral hall, filled to capacity with mourners in Sanaa, the capital city, was bombed by a Saudi Arabia-led coalition, killing 140 people and injuring over 600 others. Although the coalition initially denied any link with the airstrike, it later came out to say it was wrongly informed that there was a gathering of armed Houthi leaders in Sanaa and it decided to strike immediately. The source of the information had mistaken the assemblage of mourners for the gathering or armed men. This resulted in the airstrike that cut short the lives of 140 people and left hundreds maimed.

Similarly, on January 17, 2017, the Nigerian Air Force mistakenly killed 117 civilians, including aid workers, when it carried out an air strike on an Internally Displaced Persons (IDP) camp in Rann, Borno State. The Air Force had received information that a group of terrorists had gathered in Kala Balge Local Government Area of the state and had carried out the attack before finding out that the victims were IDPs.

So, sometimes the difference between living and dying could be just a piece of information.

Just as it is important for a leader to process information made available to him before acting on it, so is it vital to manage effectively the information he gives out in order to avoid bringing down his organization or subjecting people to avoidable grief and hardship. The world is in the information age, so information travels at the speed of light. Once a piece of information is out, it takes a life of its own and can no longer be controlled by the source. It is for this reason that every leader must be schooled in the art and science of information management and dissemination. Facebook’s David Wehner meant well when he gave out the information about the likelihood of a slide in advertisement revenue in 2017. But he did not bargain for what he got later. Despite having good intentions, leaders must learn to manage information to avert attracting unintended disasters.

These are some of the steps a leader can take to manage information.

When giving information about the nation or organization he leads, a leader must choose his words carefully and deliberately, especially when he has an opportunity of a prepared speech. Every speech has both intended and unintended meanings. So, a leader should be conscious of the fact that everything he says could be given all manner of interpretation. Knowing this will help him in guarding against speaking words that could hurt him or the organization he represents later.

Don’t volunteer more than is required

Oftentimes leaders get carried away by various things and give more information than is necessary. This could be counterproductive because such information could be used against them later. This is why some leaders are wont to say that they are quoted out of context when indeed the truth is that they got a bit too verbose. The wise thing to do is to say just what is required and nothing more. If you are pressed to say more and you are not sure of the facts, promise to get back to the inquirer later. It is difficult to quote silence out of context.

Don’t give information that could be misinterpreted

Leaders must be sure of the information they release to the public. They should not give room for misinterpretation. They should say exactly what they mean. The way to go about this is to put whatever information is being given in context and take the pain to explain exactly what is meant to avoid unnecessary extrapolation. Instead of saying that the organisation’s revenue may head south in the ensuing year, the leader should paint the picture of the situation in the larger society, adding that though this may affect the industry as a whole, plans are underway to mitigate its effect on the organization. With that, it is difficult to single out the company as the sole victim of the inclement operational environment.

It is important for leaders to note that even when the situation is terribly bad and they have to communicate this to all kinds of audience, the last words should not be on how bad the situation is but on what the leadership is doing to remedy it. Part of the calling of leaders is to give hope to the people and transform bad situations, not to lament or emphasize the badness of the situation. Great leaders never end their speech on a sad or bad note. This is deliberate.

Leaders must always guard against giving information before the right time. There is a time to speak out; there is a time to keep quiet. Wisdom and discretion, which are critical to effective leadership, determine this. A piece of information that is given before the right time could abort a process with the organization paying dearly for it. Right information at the wrong time could produce catastrophic result. So, in spite of obvious elation or the urge to carry people along, a leader must be cautious about volunteering information before it becomes absolutely necessary.

Don’t give information that cannot be properly handled

One of the functions of leadership is followership assessment. A leader must know his people well enough to be apt about their capacity. Before volunteering a piece of information, a leader must be sure of the ability of his audience to handle such information. Right information in wrong hands will produce wrong result.

Information mismanagement is a recipe for disaster.

We May Not Have An Economy After COVID-19 —Adebayo, Professor Of Economics
Professor Abayomi Adebayo is a lecturer at the Obafemi Awolowo University, Ile Ife, with specialty in Development, Health and Labour Economics. He speaks to DARE ADEKANMBI on the economic implications of prolonged lockdown as a result of COVID-19, the 2020 budget and other matters… Read full story

A Son Like Bello El-Rufai
If you want to know how the mind of Kaduna’s first son, Bello el-Rufai works, check his Twitter page, @B_EL-RUFAI. He has two images there. His posts go out with a handsome image of his father’s godfather, Muhammadu Buhari, arching his neck like a model at a lavish photo-shoot. It must be a rare exulting moment for the… Read full story