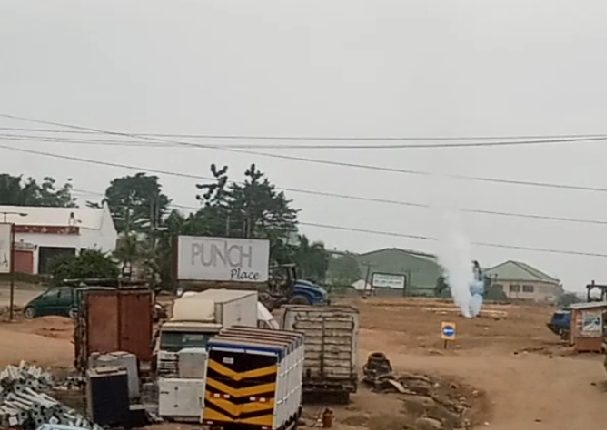 The pipeline was said to have been burst following damage caused by the Julius Berger crew working on the road in the morning of Wednesday, causing panic among motorists on the ever-busy road.

According to the Lagos State Emergency Management Agency in a statement: “The agency has responded to a ruptured pipeline near the Punch Newspapers, inward Berger.

“The accidental damage was caused by the Julius Berger crew working on the road. All responders are on scene. The line has been shut down and the area cordoned off while motorists are being diverted.”

Also a statement by Ibrahim Farinloye, acting Zonal Coordinator, South West Zonal Office, NEMA, issued in Lagos said: “NEMA wishes to appeal to commuters and people around Magboro to comply with safety measures taken to safeguard their lives and property, in view of gas pipeline rupture as a result of activities along the major highway.

“In the meantime, supplies have been shut down to suffocate the supply line while fire services are on standby to forestall any emergency.

“People are enjoined to endure the inconveniences that have arisen due to these safety measures.”