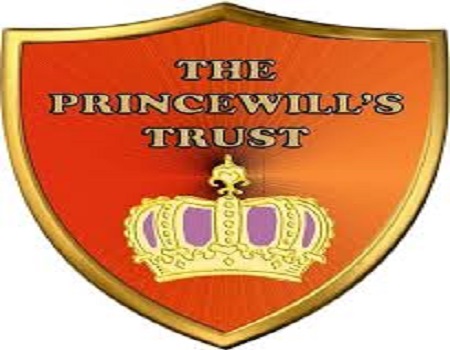 A graduate of Linguistics Studies from the University of Port Harcourt, Lidia Thelema Soberekon has emerged the winner of the ”Help the Hard worker” monthly competition organized by a non-governmental organization, Princewill’s Trust ”for entrepreneurs, youths and Rivers residents who are engaged in micro-business ventures and all forms of hard work in Rivers State.”

The Princewill’s Trust, an initiative of the chieftain of the All Progressives Congress in the oil-rich state, Prince Tonye Princewill was set up to empower resourceful youths involved in small scale businesses.

Miss Lidia beat over three thousand contestants who participated in the competition.

Receiving the cash prize of One Hundred Thousand Naira at the Rumuoikini Central market where she sells food like rice, beans and stew popularly called “Mama put”, the very elated Lidia who is also the first female winner of the competition thanked the Princewill’s Trust for the gesture which she noted came at a time she was in need of funds to upgrade her business.

The Kalabari born Linguistics graduate turned food vendor further noted that it has always been her dream and desire to own a restaurant for native Rivers foods and delicacies as a business, hence her venture into it last year not only to fend for herself but to also create jobs.

Lidia called on youths in the state to be creative, endeavour ”to engage themselves in productive activities and not to wait for white-collar jobs which are not as available anymore.”

Also on ground to also receive the team from Princewill’s Trust was Mr Chima Chukwu the youth Leader of Rumuikini who thanked the Trust for recognizing and picking a resident of their community as the winner of such a laudable programme aimed at assisting small scale business to grow. He further noted that the gesture would encourage the indigenes and non- indigenes alike to participate fully in future editions of the competition which he described as real.

Speaking on behalf of the Princewills Trust, Barrister Ken Sarowiyo stated that the aim of the Trust was to contribute to the economic development of Rivers State and called on the winner to make judicious use of the money in upgrading her business.

He said he was excited that a woman had finally won the competition and had earned it, courtesy of a Mama Put at a time that Mama Put has been formally recognized by the Oxford English Dictionary and Google.

He reiterated that Princewills Trust has a special place for the voiceless and was determined to encourage more women, more youths and the disabled to enter the contest.