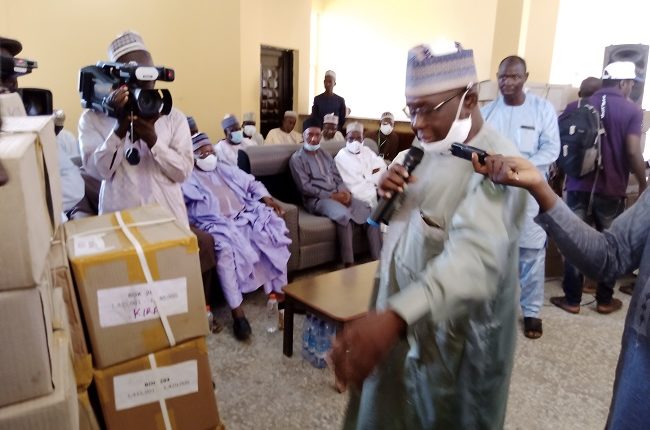 Ahead of the next Saturday local government elections, Bauchi State Independent Electoral Commission (BASIEC) has distributed sensitive and non-sensitive materials to all the 20 LGAs in the state with assurance that the Commission is ready for the exercise.

While distributing the materials on Thursday, Chairman of BASIEC, Alh Tata Umar assured that every necessary step for a free, fair and acceptable election have been put in place saying that, aside from unforeseen circumstances, the exercise will be hitch-free.

Tata Umar warned all personnel recruited for the exercise to ensure that rules and regulations were followed declaring that anyone found wanting will be dealt with in line with the relevant laws guiding the electoral process.

He then declared that the Commission has procured 12,000 face masks to be distributed to all personnel that will be used for the conduct of the exercise stressing that COVID-19 pandemic protocol will be adhered to during the exercise.

Senate to pass 2021 Budget by December 3