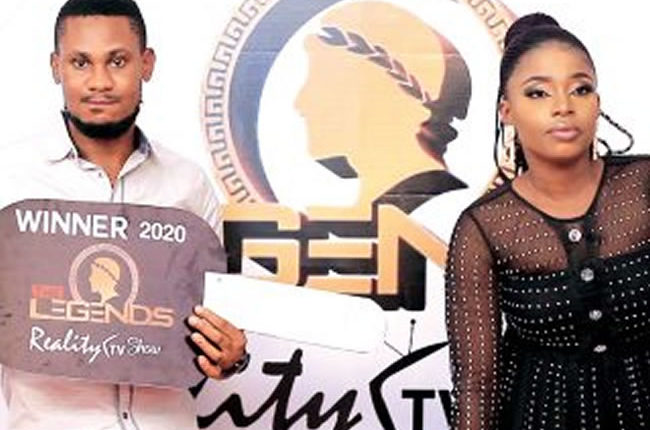 Legend reality TV show, a program that focuses on harnessing the stories of exploits; pains and gains of potential African business entrepreneurs will soon hit the air waves.

Organisers of the show,  Delaquine Services, commends all the brand that has indicated interest to support the show as they appeal to sponsors to  come on board  and  support them in assisting more entrepreneurs.

Mr. Aquinas Cosmas stated that the corporate brands’ supports are premised on the anticipated media mileage the show will avail to its supporting brands and the role it is strategically playing towards youth development and nation building.

Cosmas stated further that the program is an African themed Reality TV Show that focuses on harnessing the stories of exploits; pains and gains of African business and career heroes, using the lessons from their mistakes and success to lessen the learning curves for the hearer and in the end to challenge and inspire the contestants and viewers towards making giant strides with their potentials in their various fields of endeavours.

He  officially  disclosed that the secured brands› supporting  the show are Checkers Custard; Nigeria›s leading Custard Food,  the official breakfast partner of the show, while EMO Cosmetics and Perfumes Limited and Vicmore Marketing Resources Limited as the official Fragrance and Body Care partners respectively.

On the preparedness of the organisers, Cosmas stated that there was a nationwide online pre-selection stage, that contestant will soon be disclosed, likewise the commencement of the main show, the broadcast channel and airing time, will be unveiled on the organizers› official website and the media.

He said ‘the legend reality and career heroes’ is meant to inspire its contestants and viewers alike towards making giant strides with their potentials in their various fields of endeavours. He concluded by stating that all successful housemates will be kept in an apartment in a highbrow location in Lagos Nigeria for a minimum of 14 days to showcase their entrepreneurial and career skills while competing for a Multi Million Naira Grand Prize.

I have only one testes

My husband is not the father of the child in our marriage, woman tells court