Leading in times of crisis II 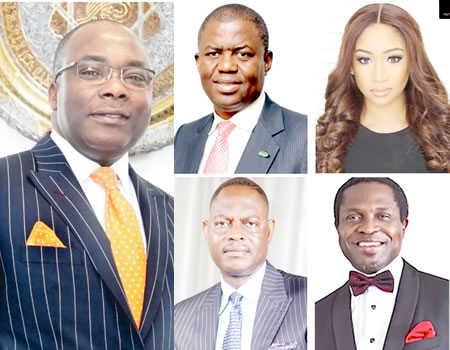 Leaders are supposed to bring order out of chaos, peace where there is strife, direction where there is confusion, calmness where there is storm and progress where there is retrogression. It is for this reason that leaders are regarded as agents of change. As observed by Publilius Syrus, anyone can steer the ship when the sea is calm but it takes a leader to steer the ship through a tumultuous sea. In times of crisis, great leaders don’t focus on the challenges it springs or the restrictions and pains it foists on them, rather they focus on the opportunity it offers to make a difference and create an impact. Leaders live up to their bidding and calling when they rise above the situation to bring order out of the chaos orchestrated by a crisis.

How to lead through a crisis

Seek knowledge about the crisis

No one can manage a crisis he lacks sufficient information about. It has been said that knowledge is power. This is so because knowledge enables the leader to take the right steps to curtail or contain a crisis. The more you know about a crisis, the better equipped you will be to tame it and chart a way out of it.

COVID-19 has wrought so much havoc in the world because many leaders did not seek knowledge about it when it first broke out. Many treated it as a Chinese flu that would not go beyond China. Even when it was reported that the disease was killing people in hundreds, it was still handled as a local Chinese headache. Many leaders did not bother to get information about it and consequently were unable to take informed decisions about curtailing it. The American president, Mr Donald Trump, made jest of the Chinese about the virus. So did the British prime minister. They did not take the disease seriously and so did not bother to get to know more about it. They did not know how far it could spread, they did not bother to know how the disease would turn out. Consequently, they failed to take steps that could shield their people from the disease and their countries from the effects. As a result of lack of knowledge about the disease, as of Sunday March 29, 2020, the United States of America had become the country with the highest cases of COVID-19 with 123,776 confirmed cases and 2,229 deaths.

These are avoidable infections and deaths. The lowest form of knowledge is assumption. A leader that acts on assumptions will not only endanger his people but will also put the organisation he leads in harm’s way.

The more a leader knows, the better he leads.

According to Albert Einstein, the primary requirement for solving a problem is to change the way we think about it. If a leader sees a situation as being beyond solution, the brain shuts down and is unable to fathom a way out of the cul-de-sac. But if on the other hand, the leader believes that he is able to come up with a solution to the problem, a message is sent to the brain and it does not rest until a solution is found. This is why man has been able to find solutions to many problems over the years.

When Hannibal, the Carthaginian Military Commander and statesman who commanded Carthage’s main army against Rome during the Second Punic War, was going to cross the Alps with elephants, his generals told him that it was impossible. In reply, he told them, “I will either find a way or make one.” That should be the attitude of every leader. Leaders are not to surrender to challenges, they are not supposed to be overwhelmed by problems; leaders are supposed to find a way or make one. That is why people look up to them.

However, if a leader operates at the level he was before the crisis broke, he will not be able to proffer a solution to the problem. President Trump wanted a quick solution to the COVID-19 problem because according to him, his country, the USA, was not meant to be shut down. So, he announced chloroquine as the wonder drug to cure the disease but the Food and Drug Administration as well as the National Institute of Allergy and Infectious Diseases quickly countered him and said there was no proof that chloroquine could cure COVID-19. Why did President Trump make this prescription? He was operating at the level he was when the coronavirus crisis started. To overcome a challenge, end a crisis or solve a problem, leaders must elevate their thinking. It is when this is done that they have new revelation and have a flow of new ideas.

Be amenable to change

A crisis is a call for change. A crisis is a demand to replace an existing order with a new one. Whenever there is a crisis, the underlining message is change. The primary message of COVID-19 is a call for a change in social relations. The world has been taught that the way to demonstrate affection is to hold and embrace others but with COVID-19, all of that is changing. So, the real message of any crisis is a call for a change in belief, behaviour or practice. Crises linger primarily because of people’s resistance to change.

Many people and organisations are destroyed during a crisis because they resist change. In time of crisis, it is best to be flexible. It is only companies that are amenable to changes that thrive in crisis; those that are rigid and want to continue with the old order are either swept away by crisis or miniaturized by it.

Although change is said to be the only thing that is constant, many leaders fail to change when they ought to. But change, like water, always finds its path; those who refuse to toe its path live to regret it later.

In 2000, when Reed Hastings, founder of Netflix, proposed a partnership to Blockbuster CEO, John Antioco, that would see Netflix run Blockbuster products online while Blockbuster would promote Netflix in its stores, Antioco had already established a reputation for himself as a retail genius. He knew the business as he did the back of his hands. Blockbusters had thousands of retail locations, millions of customers, massive marketing budgets and efficient operations. Blockbuster was the biggest in the industry; it was on top of the world. So, Antioco could not see any need for the collaboration, especially as Hastings and his three-year old company were unknown to him. However by this time, it was already becoming apparent that the future of retail was online with the strides Amazon was making with e-marketing. But with the money streaming in from the traditional channels, Antioco did not readily see the need for a change; he did not want to leave his comfort zone. So, he spurned the offer. But Blockbuster went bankrupt in 2010 while Netflix is now worth $34billion.

Those who resist change stand the risk of being swept away by it.

Do not ignore any threat

Different people react to the threats a crisis brings in different ways. While some respond swiftly to it and consequently mitigate its effect, others ignore the threat or delay their reaction to it until the threat becomes uncontrollable.

Threats are warning signs that call for immediate action. However, the normal human reaction to a threat is usually to downplay it and operate on the premise that while others may become casualty of the threat, they would be protected from such. It is this phantom belief that results in delay in acting against the threat and exposing many to preventable danger.

At the outset of COVID-19 in Italy, and given its rapid spread, the government announced movement restriction which was largely ignored by the citizens. Italians continued as if nothing had changed. The malls were still jam-packed and the streets were filled to the brim. In a matter of days, COVID-19 spread from Northern Italy, where it first broke out, to every part of the country, becoming a national crisis. Italy now has 92,472 confirmed cases and 10,023 deaths, the highest in the world.

Those who ignore warning signs create complications for themselves.

Crisis time is not the time to vacillate and sit on the fence. It is not even time to build consensus, it is time to swing into action and take decisions based on available facts. As said by Theodore Roosevelt, former American president, “In any moment of decision, the best thing you can do is the right thing, the next best thing is the wrong thing, and the worst thing you can do is nothing.” In a time of crisis, delay is dangerous, you cannot afford to wait for the coast to clear before moving. So, based on the facts at your disposal, act and act fast.

A time of crisis is a time of uncertainty and confusion but the leader cannot come across to his people as confused or uncertain that is why he has to act fast. He must not only look decisive, he must act decisively. A time of crisis is not a time for indecision because indecision breeds languor and languor breeds weariness. A wearied team is easily overwhelmed and defeated. As put by George Canning, indecision and delays are the parents of failure.

Leadership that makes us better

A destiny among the nations (part 2)