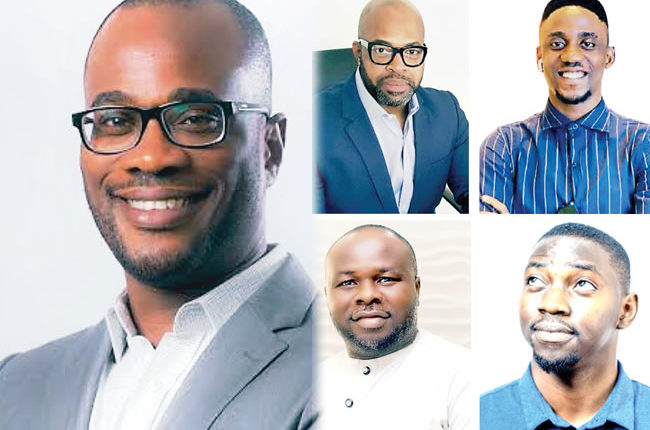 According to John C. Maxwell, one of the world’s leading leadership experts, everything rises and falls on leadership. The import of this is that in the final analysis, leadership is the cause; every other thing is an effect. This is because it is the responsibility of leaders to determine the end from the beginning in their organisations. Leaders man the steering wheel of their organizations’ ships, so when things go well they get the accolades, and if things go awry, they get the knocks and carry the can. Either directly or indirectly, the leader determines the fate of his organisation.

Since it is the duty of leaders to shield the organisation and people they lead from perdition, great leaders go to great pains to avoid foibles that can sound the death knell for their organisations.

Here are some leadership weaknesses that can ruin organisations.

While a leader without ego will end up in disaster, the one who is egoistic will lead his organization to ruins. Ego prods a leader to focus on his needs rather than that of the organization. This results in the personalisation of issues. Personalisation results in a misalignment of focus because at that point, the leader is willing to sacrifice corporate good for personal interest. He begins to equate his personal comfort to the success of the company. If this is not checked, he begins to see himself as the company and, just like Louis XIV of France, he begins to see himself no longer as an officer of the organization but the organization itself. When a leader pushes his personal interest above corporate interest, his choice will be at variance with the overall purpose of the organisation he runs. When leaders pander to their own interests, they squander great opportunities to make a difference and later wonder why they are unable to hit their goals.

When a leader is able to put his ego in check, he is able to learn more and improve his leadership. A leader who is able to tame his ego will remain teachable and not be critical of criticism thereby positioning himself to learn new things that enable him to deliver on his mandate. According to Elon Musk, CEO of Tesla Inc, “A well thought out critique of whatever you’re doing is as valuable as gold. You should seek that from everyone you can but particularly your friends.”

However, when a leader is at the mercy of his ego, he cuts short his potential and will be able to attain only a fraction of what he is capable of accomplishing.  As observed by Ryan Holiday, in the book Ego is the Enemy, “Ego is the enemy of what you want and of what you have: Of mastering a craft. Of real creative insight. Of working well with others. Of building loyalty and support. Of longevity. Of repeating and retaining your success. It repulses advantages and opportunities. It’s a magnet for enemies and errors. It is Scylla and Charybdis.”

Ego stops one from operating at one’s best.

It was Louis V. Gerstner, former chairman of IBM, who said “people don’t do what you expect but what you inspect.” By this, the astute businessman who “taught the American multinational technology company to dance” before exiting in 2002, counsels managers to regularly get updates from their subordinates to ensure that they remain on the same page with them on whatever projects they are handling.

However, this has been stretched to the extreme by some leaders who engage in micromanagement.

Micromanagement is a centralized type of management and the major downside of that is that it slows down the decision making process. Everybody and everything waits for the leader. Nothing gets done until the manager gives his assent and consent. It slows down response time to the customer because the manager has to sanction every action. It stifles creativity and innovation because employees are not allowed to give vent to their energies and this slows down a company’s progress. The result of a series of experiments conducted by M.S. DeCaro, R.D. Thomas, N.B. Albert, and S.L. Beilock, which was published in the Journal of Experimental Psychology in 2011 under the title Choking under pressure: Multiple routes to skill failure, shows that employees who believe that they are being micromanaged perform below par.

Micromanagement, the antithesis of delegation, has been described as “giving subordinates a project but checking on the progress frequently, offering many ‘helpful’ suggestions, and leaving them with the clear impression that you could do it better and faster.”

Experts are agreed that micromanagement is the wrong route to take in leadership because it deprives the leader of the opportunity to mind what really matters.

A leader should ordinarily look at the big picture and allow his subordinates to handle sectional or departmental matters. But when a leader concerns himself with issues that should be handled by subordinates it is suggestive of lack of confidence in the subordinates’ competence.

Those who practise micromanagement are plagued by the fear that ‘everything that can go wrong will eventually go wrong.’ So, to prevent anything going wrong, they adopt the system of controlling everybody and everything.

But this is contrary to the counsel of Derek Lidow in his book, Startup Leadership: How Savvy Entrepreneurs Turn Their Ideas Into Successful Enterprises, where he says “Entrepreneurial leaders foster in people the feeling that they are personally successful – the hallmark of leadership.”

So, instead of going about believing that employees are out to frustrate him, a leader should give his subordinates the feeling of importance by assigning to them roles that will bring out the best in them.

Warren Buffet, one of the richest men in the world, said, “Look for three things in a person: intelligence, energy, and integrity. If they don’t have the last one, don’t even bother.”

Integrity is holding oneself to the highest ethical standards possible. People who are strong on integrity are consistent; they do not have different versions of themselves. People of integrity have their words as their bond. They stay true to themselves and others.

The fall of Hurd

Between 2005 and 2010, Mark Hurd, former Chairman/CEO of HP led the company through a difficult time to prosperity. He was able to increase profits for 22 straight quarters, while its revenue rose 63 per cent and stock price doubled. According to the New York Times, Hurd was able to refocus “the strife-ridden company, leading it to five years of revenue gains and a stock that soared 130 per cent.”

On Hurd’s watch, HP was number one in the sale of desktop computers and laptop computers for four straight years. In 2008, the company increased its market share in inkjet printers and laser printers to 46 per cent and 50.5 per cent respectively.

With success came recognition. In 2007, Hurd was named one of Fortune Magazine’s 25 most powerful people in business. The San Francisco Chronicle recognized Hurd as CEO of the year in 2008 and he was named as one of Forbes’ top shot CEOs in 2009.

However, Hurd was forced to resign by the board of the company on August 6, 2010. Jodie Fisher, a former actress who worked for HP as a marketing consultant, accused Hurd of sexual harassment. To keep her shut, Hurd settled Fisher with $20,000, which he passed on to the company as his personal expense.

One of the critical functions of a leader is decision making. Really what makes a leader is the decision he makes. The quality of a leader is determined by the quality of his decisions. A company CEO has to decide the direction in which to lead his company. He has to decide whether to introduce new products or run with the current ones. He has to decide whether to expand the business beyond the shores of the country or consolidate on the local operations of the business. The day a leader becomes indecisive, he stops leading. No matter how long he stays in the office after that time, his leadership has ended. What is left is just the shadow; an undecided leader will merely mark time.

Indecision is the kiss of death for a leader. Indecision cost Yukio Hatoyama his prestigious position.

Hatoyama, in August 2009, led his Democratic Party of Japan to defeat the Liberal Democratic Party, which had been in power for over a decade and was inaugurated as the Prime Minister on September 16. He won the election on the promise of effecting drastic changes in the country. However, despite having held several important roles in the country, including being a member of the House of Representatives, before becoming the Prime Minister, he floundered repeatedly on very important issues. He made decisions and reversed them, which the citizens found embarrassing. Very soon, he gained reputation for his indecisiveness and was under pressure to either resign or face a no confidence vote. He opted for resignation and quit office on June 8, 2010. He was Prime Minister for less than 10 months, no thanks to his indecisiveness.

Leaders put their organisations in harm’s way when they lose their focus. A leader’s job is cut out for him; grow the people, grow the business and grow shareholders’ value. If a leader makes these three his focus and works towards their realization, the company’s value will go up. But when a leader makes other things his concern, he is unable to pay attention to what matters and what matters begin to suffer. When a leader allows himself to be so distracted as to pay little attention to his core functions, he puts the future of the organization, the career of its people and the investment of the shareholders in serious danger.

When leaders rein in their weaknesses, they unleash the potential of their organisations.

Nine leadership lessons to get a jumpstart on 2022