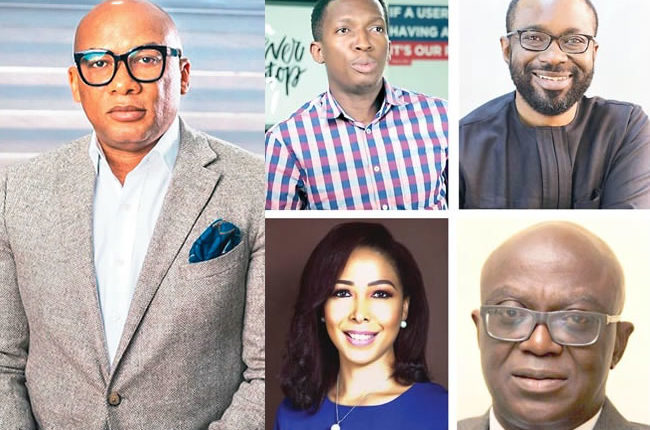 The leader as a brand

Every brand communicates beyond its immediate location. So, whether the leader is conscious of this or not, his actions and inactions send specific messages to the public by virtue of who he is and what he represents.

The leader and his reputation

Reputation is built willy-nilly. It is the leader’s responsibility to carve an image for himself in the public. If he fails to do it, because nature abhors a vacuum, a reputation will be created for him, though this may not really represent who he is. However, he has to live with the effect of whatever reputation is carved for him.

By the time former President Goodluck Jonathan realized the truth in the axiom that image is everything, it was too late. He was a leader who did not pay any particular attention to how he was framed by the public. Rather than make effort to manage his reputation, he left it to the public to carve him in the mould it wanted. His belief was that his accomplishments should speak for him. The opposition saw this gap, latched onto it and created the image of a corrupt and incompetent leader for him. This was sold to the public who came to see the former president as an epitome of corruption, unfit to continue in office.

After framing Jonathan as corrupt, the opposition sought out Muhammadu Buhari, a man who was seen as the direct opposite of the former president, and fielded him in the March 28, 2015 presidential election.

The opposition’s strategy was simple; demonize Jonathan and canonize Buhari. Jonathan was portrayed as a corrupt and inept leader; Buhari was framed as incorrupt and competent. With that, it was easy to sway the public to vote for the opposition. Jonathan lost the March 28, 2015 election principally to bad reputation.

Building a reputation is not synonymous with self-promotion. Since a leader is a brand, it s important to put in the public domain what the brand can do. That is the essence of building a reputation. The focus of personal branding is to intimate the public with what the brand can deliver. It is about communicating the leader’s value proposition and his unique features in an unobtrusive manner.

On the other hand, self-promotion is communicating to the world what one is not with a view to getting undue advantage. It can also be blowing one’s ability out of proportion. Whether it is an outright lie or an exaggeration, what is clear is that the end of self-promotion is often disastrous. Those who try to fake it until they make it hardly ever make it; more often than not, they crash in the process.

The essence of making conscious effort to build a reputation is to be perceived in the right light by the public. Hence, it is not done in one fell swoop; it is an activity that continues for as long as an individual is relevant. So, leaders spare no effort in building their reputation.

Be a go-to person

However, becoming a go-to person is a function of two factors; knowledge and availability.

A go-to person also makes himself readily available. It is not enough to be knowledgeable, a leader must also communicate to others that he is available to them. A go-to person must be approachable. In spite of his knowledge, he is not pompous; he does not look down on others. He does not take unnecessary advantage of others because they go to him.

But getting the desired result is not a given, otherwise everyone would have it. To be result-oriented, find out what is the most important thing in any particular situation. Find out what success means at every point and work towards achieving it.

Be a person of good character

According to James Davidson Hunter in The Death of Character: Moral Education in an Age Without Good or Evil, “Character, in a classic sense, manifests itself as the autonomy to make ethical decisions always on behalf of the common good and the discipline to abide by that principle.”

In many spheres of human edneavour, persons of character are currently in short supply. So, anyone who comes across as being strong in character will enjoy a good reputation. Everyone, including the most untrustworthy, is looking for someone to trust. So, being of good character gives one an edge with respect to having a good reputation.

Developing a good character is not arduous. What it requires is just an unwavering commitment to doing that which is right at all times. Some people consider this difficult because of lack of discipline. Without discipline, it is almost impossible to develop good character.

Give others benefit of the doubt

To have a good reputation, never be in a haste to hang another person. Great leaders always endeavour to give the other person benefit of the doubt. To give people benefit of the doubt is to believe that they are operating with the best of intentions even when the outcomes suggest something to the contrary. This gesture goes a long way in building the leader’s reputation. The attitude is anchored on believing the best in everybody. This is one of the most fundamental of a leader’s responsibilities. To bring out the best in someone, the leader must believe the best in them. So, a leader builds his reputation by showing that he believes the best in others by giving them the benefit of the doubt. He keeps trusting them and believing that they will behave in the best way until they prove otherwise.

Give a second chance

Leaders also build good reputation by giving others a second chance. A leader takes a person from where he is to where he ought to be. This is not an easy process. It is a process that is fraught with mistakes and missteps. When such happens, it is the leader’s responsibility to help the affected individual back on his feet. This can only be done when such person is given another opportunity.

A leader who gives others a second chance will enjoy a good reputation.

A good reputation which took aeons to build can be destroyed in a matter of seconds. So, it is not enough to build a reputation, the leader must continually guard against the destruction of such reputation.

Be mindful of your actions on social media

The social media has reduced the world to a small village but it has also deprived people of their privacy. A joke or a careless post can wreck a reputation of many years. So, leaders should be careful about what they post on social media or what comments they make to avoid such being manipulated and used to put their reputation in jeopardy.

Leaders are humans so they are liable to make mistakes. So, when a mistake is made, it is only normal to own up to it. Trying to cover up such mistakes is counter-productive because it paints the leader in a bad light. People respect leaders who own up to their mistakes more than they do those who try to justify or cover up such mistakes. A leader who covers up his mistakes is already operating in the realm of lies and liars are not worthy of anybody’s respect.

To protect reputation, a leader must deliberately refrain from taking the credit all the time. He must avoid being perceived as greedy for honour. If a leader is seen as hungry for honour at the expense of the team, he may get the honour but he will end up losing the respect of his team members and with that goes down his reputation.

A leader’s reputation is directly proportional to his character.

Why I feel influencer marketing remains future of PR —Oguntamu

Leaders and the power of networking