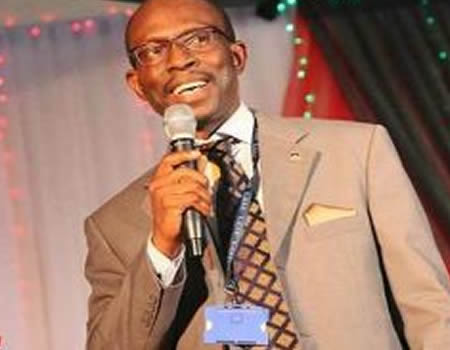 THE Lagos State University (LASU) on Wednesday said it was committed to the conduct of a free and credible electronic election into the students’ union government of the institution.

The institution’s Vice-Chancellor (VC), Prof. Olanrewaju Fagbohun, disclosed this to the News Agency of Nigeria (NAN) on the sidelines of the political debate organised by the university for the aspirants.

NAN reports that the election, which would hold today, was earlier slated for some time last year, but was postponed because of the strike by the Academic Staff Union of Universities (ASUU).

Fagbohun said that the management had worked assiduously with the LASU Students Union (LASUSU) and Independent Electoral Committee (IEC) to ensure a hitch-free election.

He said that all activities pertaining to the election was being handled by the students’ body to prevent any interference from the authority.

“The students are conducting the election themselves as part of our adopted strategy as management to train our students for leadership roles.

“ So, what we are doing is to give them support.

“ We believe that allowing them to conduct these activities will make them understand what it means to do something that is fair and credible.

“That is part of the leadership and mentorship that we must give to them.

“ The IEC team coordinating the election comprises of students, but they work with the office of the Dean, Students Affairs, such that if there are issues, they will seek advice, we guide them and they move forward.

“The IEC will be doing the screening of the candidates and where we are to do our security checks; we will do and where there is a need to ask questions, we will do.

“ Today, I am here to share with them the vision of the management, so that any of them who emerges as a leader in any of the offices will be in consonant with it, ” Fagbohun said.

The VC said that there was a new orientation in the school’s student union and gone were the days when students of the institution were found on the road protesting.

He said this was possible because the current administration had been engaging the student union leaders and based on superior argument, it had assisted the authorities in taking positions.

Fagbohun said that the electronic voting system adopted by the university five-years ago had been maintained and sustained because the students had been a part of it.

The VC said that the students had bought into the system and found it very comfortable for them to run their affairs.
The LASUSU IEC Chairman, Yahya Oluwatosin, also assured the university community that the election would be fair and credible.

He added that all materials and logistics for the conduct of the election had been provided at the four campuses of the university.

Oluwatosin said there would be no room for any manipulation in the election because it would be monitored by a central system.

“We are hopeful that the mandate of the students’ populace will be upheld and their choice will emerge,’’ he said.