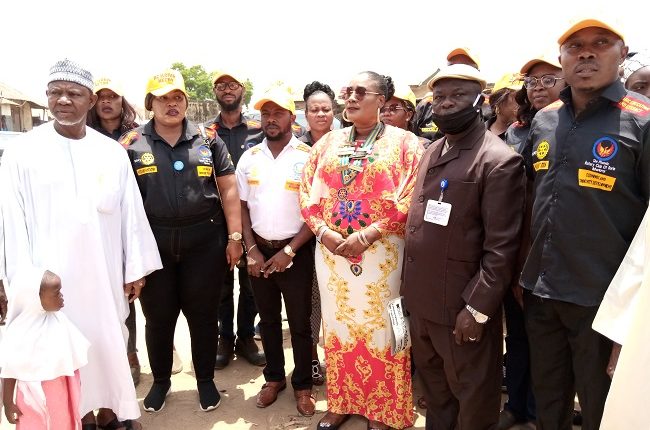 Kwara State government has issued a three-month deadline to landlords and residents that fail to build toilets in their residential houses.

The government said that the people have between now and July to provide toilets in their houses or face prosecution by mobile courts that would be set up for the task.

Speaking with journalists in Ilorin, on Tuesday, on the sidelines of donation of refuse bins in strategic locations of the state capital by the Rotary Club Ilorin Metro, director in the state ministry of Environment, Gabriel Towoju, said that, on the expiration of the deadline, officers of the ministry would embark on inspection of households in the state to arrest defaulters.

The investigation had revealed that many households in the metropolis, especially, in some densely populated areas, have no toilet facilities, as residents dumping wastes in rivers and drainages.

Towoju also charged residents of the state to desist from indiscriminate dumping of refuse in drainages, saying that the habit constitutes health hazards and environmental degradation.

Also speaking, the president of Rotary Club Ilorin Metro, Yousef Sanders, said that the donation of refuse bins in strategic locations of the metropolis as part of activities to mark the Water, Sanitation and Hygiene (WASH) project, adding that, “we are trying to let people see why their environment should be clean, so they can be free from airborne diseases which are rampant these days.

“There was a time poliovirus was found in drainage in Ilorin. That is why we decided that instead of people pouring their waste in drainage, a dustbin will be better. We have done refuse bin initiative in Oja Gboro, Kwara Mall, Government House, and at Flower Garden areas.”

The district governor, Rotary Club 9125, Jumoke Bamigboye, who promised to provide a borehole facility to residents of Ojukoko community, Oja Gboro in the Ilorin East Local Government Area of the state, called on the people to ensure a clean and healthy environment.

Bamigboye said that the people health implications of non-provision of toilet facilities are grievous, adding that indiscriminate dumping of refuse in drainages affects the source of drinking water and livelihood.

We are fixing infrastructure to attract investments ― Kwara Governor