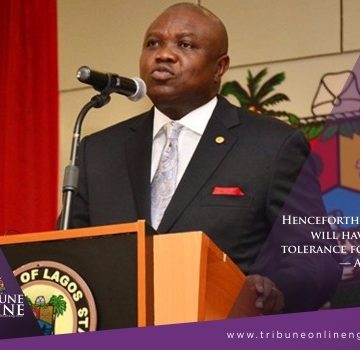 THE Lagos and Kano State Governments on Tuesday announced a partnership aimed at maximising their unique comparative and competitive economic advantages.

The Lagos State Commissioner for Finance, Mr Akinyemi Ashade, at a joint news conference with a former Minister of National Planning, Dr Shamsudeen Usman, said to this end, a Lagos-Kano Economic summit would hold in Epe on Feb. 28 and March 1.

The News Agency of Nigeria (NAN) reports that the summit has the theme: “States Partnership as a Tool for Sustainable Economic Development.’’

Ashade, who is the Chairman, Technical Committee, said the summit was the first phase in the journey toward a long-lasting partnership between the two states that would help to boost economic development and foster national unity, among others.

“As you are all aware, our great states share peculiar history and pedigree in demography, economic viability and leading roles within each of our geopolitical regions.

“We both have the highest population and cosmopolitan spread in Nigeria.

“I make bold to say that the performances of the two states in areas of economic reforms improved their business environments and contributed significantly in boosting Nigeria’s ease of doing the business global ranking,’’ he said.

On the objectives of the summit, Ashade said it would create awareness on both the state governments’ investment climate and policy thrust, among others.

He said discussions at the summit would hold across thematic areas including security, ease of doing business, governance, infrastructure, power, transportation and urban waste management, among others.

Ashade said that during the summit, a Memorandum of Understanding (MoU) would be signed to seal the partnership between the two states.

He said the two states were optimistic on the outcomes of the summit in terms of sustainable national development and hoped that the ensuing collaboration would offer a constructive case study for other states to emulate.

Ashade said no fewer than 800 delegates were expected to attend the summit daily.

Usman, the co-Chairman, also said the summit would afford both states the opportunity to learn more about their similarities and differences.

According to Usman, the summit will be mutually beneficial and a basis of a stronger relationship.

NAN reports that the Emir of Kano, Alhaji Muhammadu Sanusi, is among other dignitaries, expected to deliver a keynote address.