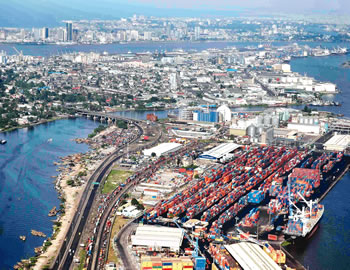 The Lagos State Government (LASG) has restated its commitment to sanitise the water transportation system so as to ensure improved, efficient and safe mode of movement of people and goods on its waterways.

The Managing Director of the Lagos State Waterways Authority (LASWA), Abisola Kamson in a statement, said that the government had recently embarked on stock taking and repositioning by putting efforts in place to ensure sanity on its waterways, which would also prevent mishaps and wanton loss of lives.

According to her, the current operations on the waterways does not conform to the international standard, which the state government under Governor Akinwunmi Ambode intends to reposition, adding that the process is not limited to the private sector operators alone.

“We are in a quest to sanitise the waterways and government has taken giant steps to start from its home front. It has ordered the Lagos Ferry Services (LAGFERRIES) whose current fleet is not considered water worthy to dispense of them and prepare to comply with new guidelines and standards as issued jointly by the National Inland Waterways Authority (NIWA) and the LASWA.

“Implicitly, the sanitisation and reorganisation going on in the water transportation subsector is not limited to private operators alone. It is a cleansing that is aimed at ensuring the total safety of our people. Jetties, terminal, ferries and other water related infrastructure that is not worthy would not be allowed. The governor’s vision of a new prosperous Lagos is to pursue first class agenda and give Lagosians world class standards,” Kamson said.

Kamson, however, expressed concerns that in recent times, some non-complaint private operators on the waterways had misconstrued the moves by the state government as a ploy to harass and intimidate them out of business and had been peddling unwarranted falsehood, claims, counter claims and litigations in the media.

She said some private operators had also gone further to accuse the government of wrongful takeover of properties and attempts to scuffle business people out of waterways transportation.

“It is therefore misplaced and self-seeking for any one, organisation, or a group of people to masquerade themselves as messiahs in this direction. Where any organisation feels shortchanged in this on-going exercise and has genuine claims, they are advised to lay their claims legitimately and through relevant bodies for redress where appropriate. This administration is a listening one that remains extremely committed to private sector participation and collaboration in uplifting the development of water transportation in Lagos State,” she said.

Explaining some of the painstaking efforts of government to modernise and move water transportation forward, she noted that the government has concluded a master plan which has identified 30 routes across the state, which according to her, have been earmarked for channelisation, dredging, lighting and demarcation specifically for water transportation.