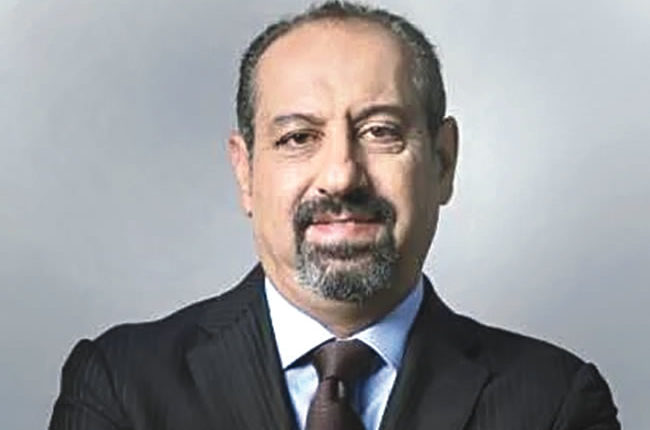 LAFARGE Africa Plc, a part of one of the biggest building and concrete solutions companies in the world, LafargecHolcim? Group, has come a long way in the construction sector in the country and Africa at large, having had more than its share of failed business operations, leadership struggles as well as fierce competition in the cement manufacturing industry.

Incorporated in 1959 as a joint venture between Blue Circle, United Africa Company of Nigeria and the Western regional government in Nigeria, Lafarge Africa PLC has come a long way through varying mergers and acquisitions, among which are the acquisition of shares in Lafarge South Africa Holdings (Proprietary) Limited (LSAH), United Cement Company of Nigeria Limited (Unicem), Ashaka Cem PLC (AshakaCem) and Atlas Cement Company Limited (Atlas).

For the cement manufacturing company, year 2019 played a trajectory role as the cut off its South African subsidiary, Lafarge South Africa Holdings (LSAH), which had been the major drag to the group’s business over the last few years, having made billions of naira worth of losses for years. Specifically, the firm posted a loss of N35 billion in 2017 and N8.8 billion in 2018.

However, going by the 2019 audited results, Lafarge has turned the corner and bounced back to profitability after earning N17.2 billion in 2019, compared to a loss of N1.5 billion it recorded in 2018; to recommend a dividend of 100 kobo per share for the shareholders. Lafarge then restated its accounts by adjusting figures from the discontinued operations and set off on a positive growth trajectory. Over this period, the company also experienced a series of changes in leadership.

Hinged on four pillars of Energy, Circular Economy, Enviroment and Community, Lafarge Africa prides itself on its sustainability strategy, in line with its parent company’s objective Sustainability Strategy, The 2030 Plan- Building for Tommorow, which has guided the company to consistently achieve growth and add value.

The Chairman, Board of Directors of Lafarge Africa, Mr Ade Adfioye at a sustainability webinar recently noted that economic and social governance is fully embedded in the Lafarge Africa operations and value chain, which according to him was the platform upon which the enterprise is built.

“As an organisation and at the heart of our Sustainability Strategy is Environment as one of our core pillars. There is no gainsaying that the environment is where we all thrive. Our Environment pillar supports and complements our other sustainability ambitions in the areas of climate and energy, circular economy, and community. Delivering on actions we have earmarked for each pillar motivates us to do more for our planet and our communities,” he said.

For instance, in 2019, we reduced dust emissions at kiln stack by 28 per cent and reduced net Co² per tonne of cementitious material by 1.3 per cent to 535 kg/t (compared to 2018). “We are 100 per cent compliant to the Environment Protection Authority Guidelines and continue to implement our quarry rehabilitation plan.  Under the pillar of our ambitions, we have developed and implemented rehabilitation plans for our quarries to ensure we protect the fauna and flora,” said, Folashade Ambrose-Medebem, Director, Communications, Public Affairs, and Sustainable Development at Lafarge,

With a wide range of building and construction solutions designed to meet housing and construction, Lafarge Africa has four plants and 24 depots in Nigeria producing 10.5 million metric tons (MMT) of cement per annum. In Ogun state, the cement manufacturer boost of its plants at Ewekoro and Shagamu. Other plants are located at Mfamosing in the South-South and Ashaka in the North East of Nigeria.

Further analyses into the result indicated that in the first six months of this year, the finance income of the cement company dropped to N377.1 million from N934.3 million, while the finance costs reduced to N4.4 billion from N13.3 billion.

Lafarge Africa Plc is traded on the Nigerian Stock Market with a market capitalisation of N188.46 as of 21st August 2020.

Commenting on the result, Khaled El Dokani, CCEO of Lafarge Africa stated: “Q2 results remained resilient with net sales of -5.1 per cent and recurring EBIT +29.7 per cent, compared to prior-year period, despite the impact of the COVID-19 pandemic. The implementation of our “Health, Cost and Cash (HCC)” initiatives had delivered considerable improvement in our performance.”

Despite return to profitability, Lafarge Africa Plc is yet to be out of the hood as the novel coronavirus pandemic ravages social economic activities globally.

In Q1 2020, the company had predicted that the COVID-19 pandemic would adversely affect the company’s results in Q2, 2020 owing to the loss in demand for cement from restrained construction activities. Consequently, the company reported a revenue of N56.8 billion for Q2 2020, representing a 5.1 per cent drop in revenue year-on-year. Profit after tax for the quarter, however, increased to N15.3 billion, up 160.27 per cent from N5.9 billion in Q2 2019. The increased was largely due to reduction in Cost of sales, decline in Selling and marketing expenses; Administrative expenses and Finance costs.

Not oblivious of lower demands and rivalry, analysts predict weak performance up till financial year 2021 (FY’21). “With the spread of coronavirus in Nigeria, the business faces a test of its resistance to exogenous shocks in the current year,” analysts at Cardinalstone said, while noting that the shocks are likely to rein in demand for cement and harm cash flows in 2020.

With a current share price of N11.70 Kobo as of the close of trading on August 21 and market capitalisation of N188.461 billion, analysts, while retaining a bullish medium-to-long term view on the company, reduce its Target Price to N19.06 as against N23.50 previously to reflect potential difficulties in FY’20 and FY’21.

Wada Maida: Mentorship as a mantra

Impact of 6 per cent charge on Stamp Duty