Ladol/Samsung face off and national interest 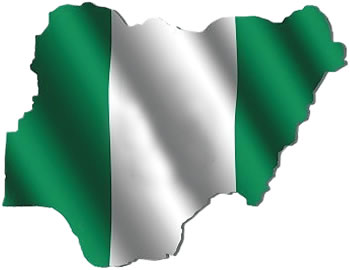 IT is just as well that Lagos Deep Offshore Logistics, LADOL and Samsung Heavy Industries, SHI, have chosen to take their trade dispute to both the Court of Law and the Court of Public Opinion.

Given the importance of the partnership to the economic well-being of the nation and the profound implications for the success or otherwise of the much-trumpeted technology transfer bid, this troubled partnership can only be ignored at our collective peril.

In other to be on top of this discourse, it is apt to trace the genesis of the partnership and the journey leading to the current logjam. Only then can we appropriately situate how the partnership went awry, the implications for the nation and the way out of the dispute.

Total Upstream Nigeria had, in the course of her oil search at its Oil Mining Lease 130, an ultra-deep offshore block, made significant find. Subsequent drillings between 2003 and 2014 led to discoveries in excess of 550 million barrels of oil reserves. The prolific Egina Oil field was born.

When this prolific field goes into production December this year, it will produce some 200, 000 barrels per day, about 10 percent of Nigeria’s current total daily production of about 2 million barrels per day.

An ultra-deep offshore field, located some 150 kilometers off the coast of Nigeria, producing the field would require a Floating Production, Storage and Offloading, FPSO Vessel of gargantuan size and cutting-edge technology, among other production infrastructure.

Sometime in 2010, Total Upstream, the operator of the field, on behalf of its other partners- CNOOC, Sapetro, and Petrobras, invited prequalification tenders for the engineering, procurement, and construction and supply of the contract for the Egina FPSO.

SHI’s resolve to bid for the humongous contract was what signposted the courtship between the Korean Corporate behemoth and LADOL, the Nigerian Maritime Logistics lead player; a partnership SHI badly needed to meet the Nigerian content requirement for the huge deal valued at US$3.3billion.

Between 2010 and 2013, LADOL and SHI consummated the union when they agreed to tender together as local content partner and main contractor respectively for the Egina FPSO contract.

The partnership won the contract and the product of that union- SHI MCI FZE- came into being. A world-class project with a Nigerian company playing a major role had berthed and a giant step towards achieving the Nigerian content objective in the critical oil sector was about to be taken.

But with a benefit of hindsight and given the turn of event, it may not be wrong to aver that a seed discord had been planted in the arrangement from conception and this seed had been watered and nurtured over the years. It was only a matter of time before a full-blown crisis would ravage the partnership.

According to insiders, the partnership agreed that if the tender succeeded, a joint venture company SHI MCI FZE would be formed to construct and own the upgraded fabrication and integration facility of LADOL, with an ownership structure arrangement of 80 percent and 20 percent to LADOL and Samsung respectively.

The upgrade of this facility was actually one of the local content facilities approved by the Nigerian Content Development and Monitoring Board, NCDMB, and committed to by Total in respect of the Egina contract.

The Egina contract package included a proviso that Total would pay SHI a lump sum to enable it build the facility as a contractor to Total, thus fulfilling the latter’s local content obligations and commitments to the Nigerian regulator. In which case, SHI would be a contractor for constructing the facility and not an investor.

At the heart of the current spat and battle between the two companies is this facility upgrade which has turned out to be the root cause of the distrust and bad blood between the partners.

Going by LADOL’s public submission, Samsung made them to believe that the contract was awarded at a cost of US$3.1billion in all. Not until this year did LADOL realize that a separate US$214million contract for the construction of the upgrade of the fabrication and integration facility at LADOL was part of the package which Total paid for.

Three issues emanated from this development. One, SHI unilaterally fixed the upgrade at US$300million insisted on corporate finance and asked LADOL to provide US$240million as debt or equity for its 80 percent ownership of SHI MCI FZE and the facility. After protracted legal battles, the two parties settled this contentious issue with LADOL parting with US$40.5million to pay for a reduced stake of 30 percent while SHI equity shot up to 70 percent.

LADOL’s contention is that it agreed to this ownership restructuring having been misled to believe by SHI that it was an investor in the upgrade of the facility. LADOL was kept in the dark about the fact that Total actually paid for the upgrade. That was in 2014.

Between then and early this year, SHI according to LADOL carried on as if it owned the upgraded facility in LADOL, carrying out most of the designing, engineering and fabrication works in Korea, rather than Nigeria, thereby defeating the Nigerian Content objective of the arrangement.

LADOL was kept in the dark until January this year when Total, during a public hearing before the Senate Adhoc Committee on the investigation of the Local Content Elements of Egina project listed SHI MCI Yard at LADOL Base in Lagos as one of the four it either built or/and upgraded. In a letter to the Committee dated 14 February 2018, Nicolas Zirraz, Total’s CEO asserted that “a portion of the lump sum was assigned for the development and upgrade of the yard facilities for in-country fabrication and integration solely for the aforesaid purpose.”

LADOL is enraged that its foreign partner tricked the company to reduce its stake from 80 percent to 30 percent, that SHI deceived her by hiding the fact that there was a US$214million provision for the construction of the facility at LADOL and thirdly, that SHI falsely claimed that it made a foreign direct investment of US$300million into Nigeria, when in actual fact Total paid for the project.

Although there are also the issues of sublease and operating licence renewal, this issue of upgrading of the facility at LADOL appears to be the most contentious.

While one may not be able to go into the details of these specific issues because they are now subjects of legal adjudication and therefore subjudice, there is no doubt that the distrust and bad blood which seemed to have started even as soon as the partnership was born actually took a toll on the lofty objective of the arrangement.

One fact that has become obvious given the turn of event and which is not a subject of any litigation is that the Nigeria content policy objective has been remarkably compromised and the nation has been seriously shortchanged in respect of technology transfer and generation of employment for the teeming unemployed youths.

The essence of compelling international companies to partner with a local one on a project of this magnitude is to ensure the realization of the objectives of the Nigerian Content Act,; the idea behind insisting that the oil producing company should finance the building or upgrading of fabrication and integration facilities is to deepen Nigeria’s participation in this vital sector and partnership of this kind is meant to expand the coast for the Nigerian company and ensure their growth and competitive edge, even with the so-called international companies.

So when such international company that is supposed to partner with local firm to bring this about deliberately frustrate its partner and ensure that the main objectives of a policy, an Act is defeated, the nation is the greatest loser in the last analysis.

Although experts are optimistic that the contentious issues between SHI and LADOL could be resolved in a shortwhile, they strongly insist that the regulators must put measures in place to ensure that local companies working in partnership with international companies in the oil sector are not shortchanged and the overall objective the local content policy is strictly adhered to.

Said a retired Exploration Manager of one of the international oil companies: “Now that the Egina FPSO has sailed away to Egina oil field and production of 200, 000 barrels per day could commence by December, every measure should be adopted to enhance local content, the government must deliberately encourage local companies and ensure they are not taken for a ride, it is the only way that the technology transfer mantra can be achieved. We cannot afford to allow any international firm, no matter how powerful, to drive a roughshod over us.

We started this journey late, we cannot afford to waste any more time if we must take full control of our oil sector and be the driving force behind the required technology.”