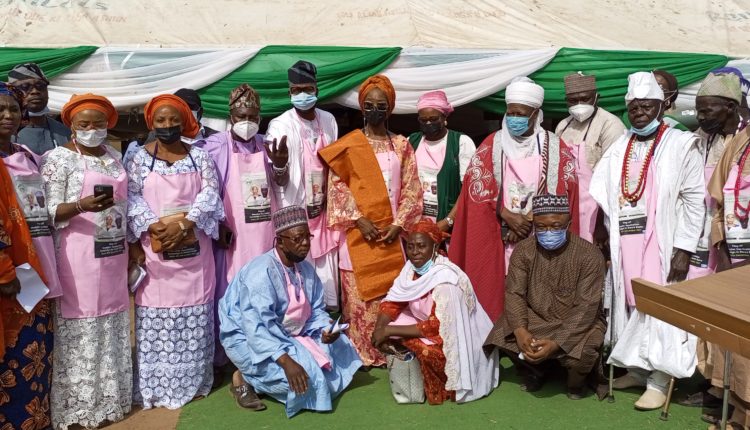 Kwara State government plans to vaccinate about 601,865 children against measles by injection on the left upper arm at designated primary healthcare centres in the 16 local government areas of the state.

Speaking at the flag-off of the integrated measles and polio vaccination campaign by the wife of the state governor, Ambassador Olufolake Abdulrazaq, in Shao town on Wednesday, the executive secretary of the state primary health care development agency, Dr Nusrat Elelu, said that 1,074,126 children under 5 years would also be vaccinated against polio.

Dr Elelu, who said that measles and poliomyelitis are among the top 10 killer and debilitating diseases in Africa, added that the two diseases, though, vaccine-preventable constitute major threats to children especially children under-five years of age.

She also said that the polio vaccination exercise would be carried out by utilising the house to house campaign with the administration of two drops of oral polio vaccine as well as Vitamin A oral supplementation.

“Also remember that the COVID-19 Mass Vaccination Campaign is still ongoing at our various mass sites that have been made widely available. All eligible persons aged 18 years and above should endeavour to take the Covid vaccine which is safe and efficacious against the disease”, she said.

Also speaking, Ambassador Olufolake Abdulrazaq said that Polio is a paralytic disease that has crippled many children and even killed some across the globe.

She, however, said that through concerted effort the last case of the wild poliovirus so far in Nigeria was 2016, adding that Nigeria was subsequently declared Polio free.

“Measles is an acute and highly infectious disease caused by the Measles virus. It is one of the leading causes of illnesses and deaths among children under five years of age. More than 17,000 Measles cases are reported every year in Nigeria with thousands of cases never documented. Available data from the year 2000 to 2016 shows that the use of the Measles vaccine has resulted in an 84% reduction in Measles deaths.

“Nigeria as part of the efforts to attain global measles elimination has developed a national measles strategic plan 2018-2028. This plan includes the introduction of the second dose Measles vaccine (MCV2) into our routine immunization.

“It is in this regard that I urge you to avail yourselves of the opportunity this round of immunization campaign presents by bringing out your children and wards to benefit from this laudable initiative.”