Elisha Clifford Ishaku, the vice-chairman of the Senate Committee on Navy, is furious over the untoward tendencies that characterised the November 16, 2019 governorship elections in Kogi and Bayelsa states. In this interview by OSARETIN OSADEBAMWEN, the senator representing Adamawa North senatorial district,speaks on the immediate and long term implications.

Politics
By OSARETIN OSADEBAMWEN On Nov 28, 2019 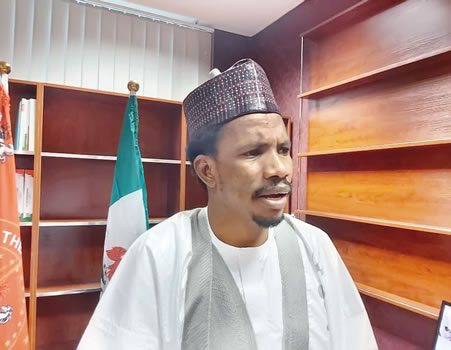 HOW will you assess the recent governorship elections held in Kogi and Bayelsa states?

Elections are not conducted with the barrel of the gun. They are not conducted with bullets flying all about. Elections are done with our thumb prints. If we, in present day Nigeria, allow politicians that hire thugs using bullet to kill women in the day of elections and even burning a woman alive, including killing of corps members trained at great cost by their parents, it is unfortunate. That corps member maybe the only child of the family, trained at the university and making his parents proud. That corps member, in furtherance of his service to his fatherland, availed himself for election, only for a mad man to come from nowhere and gun him down. We sure need to do something about it as a National Assembly and the nation at large. When I saw how the elections were conducted in Kogi State, I felt disappointed. It wasn’t because of the All Progressives Congress (APC) or the Peoples Democratic Party (PDP); it is about justice. I do not care who won the election if it was free and fair. What is important is for the people to have justice. It is not about political parties; it is about free and fair elections, that is, allowing the poor people to decide who will lead them. If the power to decide the political leader is taking away from the ordinary people and the politician becomes convinced that he can come to power by rigging elections, that politician will not respect the masses; he will not respect the poor people.

How prepared is the ninth Assembly to rework the Electoral Act so as to correct these anomalies?

There are different amendments of different sections of the Electoral Act that are being proposed by different senators. So far, I have seen that three or four senators are proposing different amendments, we will all look at it together. The role of the military and the police must be specified in an election. We do not want the military to come back. If what I saw on instagram, where a helicopter was used to spray teargas on the electorate to disperse them; thugs on Sport Utility Vehicle (SUV) shooting at voters with blood flowing at the polling units happened, then it is a shame of a nation. I want to say categorically that the president cannot be happy. I am from the opposition PDP. The day my election was conducted was the day President Muhammadu Buhari’s election was conducted. He won in Nigeria; I won in my senatorial district. He did not force anybody to declare his party’s candidate the winner. He contested elections in this country three times and won on the fourth time. He believes in democracy but he needs to call some people to order for the sake of our country; for the survival of democracy not only in Nigeria but also in Africa. If anything touches on democracy in Nigeria, democracy will ultimately collapse in Africa.

What is the mood of the Senate in terms of electoral reform, which is central to providing credible elections?

I was not part of the eighth assembly. This is my first time in the National Assembly and in the Senate. So, I cannot tell you what happened at the National Assembly beyond what I saw then on the television. However, the current crop of lawmakers are not only interested in the electoral reform because they have put the nation first in all their legislative duties; nobody in the National Assembly, especially in the Senate is talking about political parties. We are all talking about Nigeria. And the president of the Senate has made it explicitly clear that gentlemen and ladies, put party differences aside; let us look at this country; are we happy with where we are?’ The senators said the obvious, ‘we are not happy with the situation,’ and he said henceforth, let us reason together on how we can move the country forward. Remember, I did not vote for the president of the Senate. I nominated his rival after his election. There was no sign of any division. He carried everyone along.

To what extend will you say the Senate is ready to give the electoral reform the needed attention ahead 2023?

Election should not be a do-or-die affair —Oseni