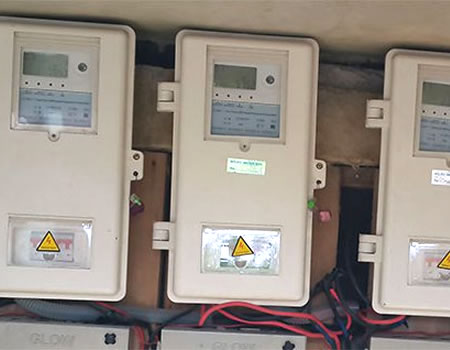 The Kano Electric Distribution Company (KEDCO) has commenced the distribution of prepaid meters in Kano with 87,747 of the meters to consumers in their axis.

Speaking on behalf of the Chief Executive Officer, Dr Isyaku Gwamna, the Chief Customer Relations Officer (CCR), Abubakar Yusuf stated at the flag-off ceremony of the distribution held at Hausawa Quarter, Tarauni in Kano on Friday that the Federal Government, along with 11 DisCos across the country will distribute six million prepaid meters to consumers in the country, at no cost.

He also disclosed that in Kano, the distribution will commence from house to house in the first phase tagged Zero Phase where 87,747 will be connected.

Dr Gwamna further disclosed that KEDCO has one million customers in Kano, Jigawa and Katsina states and a proper modality for the distribution will be designed to reach out to the required customers.

“I wish to thank you for being present at this event. The Federal Government along with 11 distribution companies in Nigeria has provided six million meters for our consumers.

“We have about one million customers from Kano to Katsina and so, a proper modality for the distribution will be out in place.

“It is not a thing that will be expected within a day, a week or a month but it has commenced already,”  he stated.

He called on customers to take responsibility and report any case of vandalism or diversion to the concerned authorities.

“We call on the public to report cases of vandalism and bypass of connection by anybody to the concerned authorities because it is a crime.

“There are readily available laws dealing with such crimes and violators will surely be prosecuted,” he added.