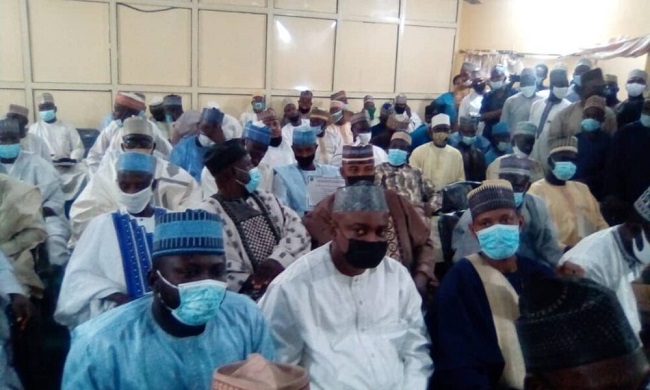 According to a statement signed by KANSIEC Public Relations Officer, Dahiru Lawan Kofar Wambai, a copy of which was made available to pressmen, the Commission Chairman, Prof. Garba Ibrahim Sheka, said following the success of the elected officials at the polls, it is a duty upon the commission to present a certificate of return to them.

His words: “We have gathered this afternoon to present certificates of return to each of the forty-four local government chairmen, their deputies and four hundred and eighty-four councillors duly elected on the 16th of January, 2021 to run their offices for the next three years.”

Prof Sheka charged the elected officials to remain committed in leading their people and initiate programmes that have direct bearing to the life of the common man and pay more emphasis to the areas of security.

While speaking on behalf of the elected officials, the Chairman of Minjibir Local Government, Alh Saleh Ado Minjibir, appreciated Kano State government, KANSIEC and all other stakeholders for making the election a huge success.

He gave an assurance that they will render selfless service to the electorate in order to justify the confidence reposed in them.