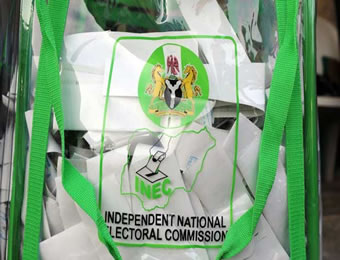 As Lagosians go to poll on Saturday to elect chairmen and councillors for the 20 Local Governments (LGs) and 37 Local Council Development Areas (LCDAs) in Lagos State, our correspondent reports that there has been glaring apathy on the part of the citizens as many of the polling booths visited as at 9:30 am were found virtually empty of the voters, while officials of Lagos State Independent Electoral Commission (LASIEC) were yet to arrive.

At Sunday Adugun in Alausa area of Ikeja where the National Leader of the All Progressives Congress (APC), Asiwaju Bola Ahmed Tinubu, usually casts his vote, LASIEC officials were just arriving at 9:30 am, while few voters were sighted sitting, awaiting the arrival of the officials and commencement of the poll exercise.

Few meters away from there, precisely at the entrance of Shoprite, Ikeja, an electoral official was already seated with all the voting materials, but no voter was sighted around.

How I plan to rescue, rebuild Nigeria —Atiku

I will campaign in every part of Nigeria —Tinubu