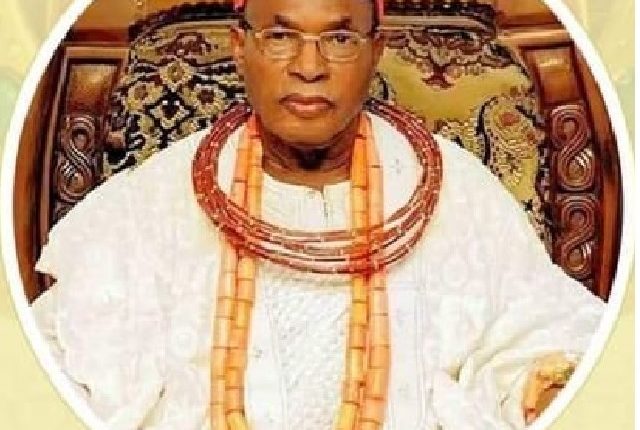 The passage of the Isoko monarch, which reportedly occured sometime in January, was officially announced, on Wednesday, by the Igbide Kingdom in a statement.

Obukeni I joined his ancestor at 81 after a brief illness the statement, signed by the Oletu-Ekpo of Igbide, Chief Godspower Okpohro, noted.

He said the monarch would be missed by the people of the kingdom.

Following the announcement of the demise of the Isoko monarch, Governor Ifeanyi Okowa has condoled with the people of Igbide.

Okowa, in a statement signed by his Chief Press Secretary, Olisa Ifeajika, commiserated with the royal family of Igbide kingdom.

“The late monarch’s 47 years reign, which made him one of the longest-serving monarchs in the state, recorded remarkable infrastructural development in his domain.

“He will be remembered for his contributions to the peace, unity and development of his kingdom and the entire Delta,” Okowa stated.

He urged the family of the royal father, friends, associates and the people of Igbide to take solace in the knowledge that the monarch lived an exemplary life.

In spite of the huge investment in the water sector by the government and international organisations, water scarcity has grown to become a perennial nightmare for residents of Abeokuta, the Ogun State capital. This report x-rays the lives and experiences of residents in getting clean, potable and affordable water amidst the surge of COVID-19 cases in the state… Just In: Delta loses monarch as Okowa mourns

The Lagos-Ibadan railway was inaugurated recently for a full paid operation by the Nigerian Railway Corporation after about a year of free test-run. Our reporter joined the train to and fro Lagos from Ibadan and tells his experience in this report… Just In: Delta loses monarch as Okowa mourns