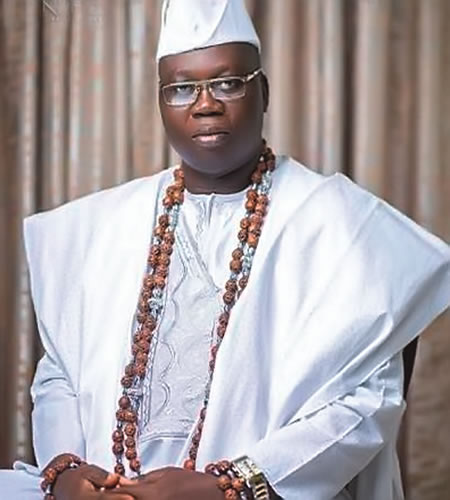 Aare Onakakanfo of Yorubaland, Iba Gani Adams, said on Wednesday that with the declaration of June 12 as democracy day, memories of late Chief MKO Abiola, the winner of the then election, will continue to linger on in the minds of Nigerians.

Iba Adams said this at Ogba area of Lagos while speaking at the annual June 12 event organised by the Oodua Peoples Congress (OPC), in commemoration of the epoch-making event.

The Aare Ona Kakanfo, in his remarks, lauded President Muhammadu Buhari for recognising the efforts of the late Abiola and several other heroes and heroines who paid the supreme price, describing the recognition as indeed a reward for Nigeria’s democrats.

“There is no other worthy price than the one given to the memory of the late Moshood Abiola, through the declaration of June 12 as the official democracy day,” he said.

“In June 1993, Abiola began a process to liberate his country, Nigeria, from forces of darkness. He took a decision in 1993 when the June 12 presidential election was annulled, and enforced this patriotic zeal when he was arrested in 1994, that never again would force of darkness prevail over forces of light in Nigeria,” he recalled.

The generallisimo said the lesson to all Nigerians concerning June 12 struggle was that people should not give up a struggle. despite challenges.

“June 12 is a lesson to all Nigerians that you don’t give up a struggle. Despite its challenges, Nigerians should not give up on democracy because herein lies our future,” Adams said.

Speaking further, the Aare Ona Kakanfo restated the need for restructuring to further honour the late Chief Abiola, saying it was a shame that in the 21st century, states still go to Abuja, cap in hand, for monthly allocations.

According to him, such attitude itself is contrary to the spirit of federalism, saying that Nigeria was still practising a unitary system of government even though the country is in a democracy.

Besides, he said if the country was properly restructured, the spate of kidnapping, banditry, cattle rustling and clashes would become history.

“It is a shame that in the 21st century, states still go to Abuja, cap in hand, for monthly allocations. That action is, in itself, contrary to the spirit of federalism. Although we are in a democracy, Nigeria is still being governed through a unitary system.

“So, whether we like it or not, restructuring is a must if we must honour the memory of Chief Abiola. I call on President Buhari to go a step further by ensuring that Nigeria is properly restructured.

“If Nigeria is properly restructured, the spate of kidnapping, banditry, cattle rustling and clashes will become history,” he said.

Guest speaker, Dr. Dele Ashiru of Department of Political Science, University of Lagos, in his speech, spoke about the mantra of June 12 and democratic consolidation in Nigeria.

The university don charged Nigerians to cultivate a new democratic culture that would allow transparency, and improve the electoral processes, just as he said that the event culminating in the annulment of June 12 1993 election was never transparent.

Ashiru said the late Abiola was eliminated by a complex conspiracy by the leaders, positing that the efforts of the mantra should never be in vain.

He saluted the effort of the Aare Onakakanfo of Yorubaland, Iba Adams, for ensuring that the memories of his predecessor remained indelible.

“I want to applaud the singular effort of Aare Gani Adams for ensuring that the struggle of our heroes of this democracy is never in vain,” he said.

Others are Dr. Chukwuneye Celestine, Dr. Alex Sunday Nwoye and Chief Ezuma Chiyere, among others.