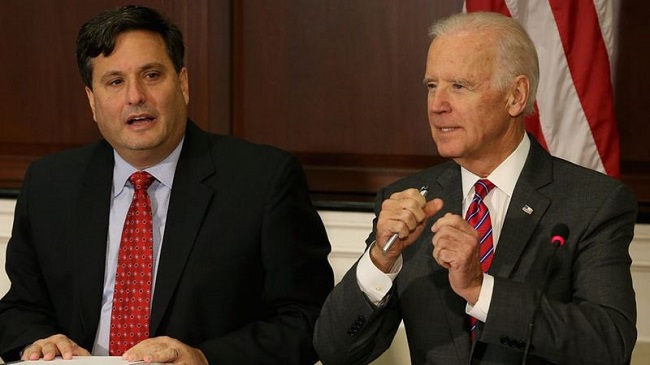 US President-elect Joe Biden has picked veteran operative, Ron Klain, to be White House chief of staff, his team say.

Mr Klain has served as a top aide to Mr Biden since the 1980s in the Senate and later when he was vice-president.

He was played by actor Kevin Spacey in the movie Recount, about the presidential election of 2000.

The White House chief of staff – who manages the president’s daily schedule and is often described as his gatekeeper – is a political appointee that does not require confirmation by the Senate.

Mr Biden paid tribute to Mr Klain in a statement issued by his transition team on Wednesday.

“His deep, varied experience and capacity to work with people all across the political spectrum,” said Mr Biden, “is precisely what I need in a White House chief of staff as we confront this moment of crisis and bring our country together again.”

In the same statement, Mr Klain said he was “humbled” by the president-elect’s confidence in him.

“I look forward to helping him and the vice president-elect assemble a talented and diverse team to work in the White House, as we tackle their ambitious agenda for change, and seek to heal the divides in our country,” said Mr Klain.

Bloomberg bash at debate may give Democratic rivals new life

Impeachment: Republicans hope for fast end to Trump trial as Democrats push for…