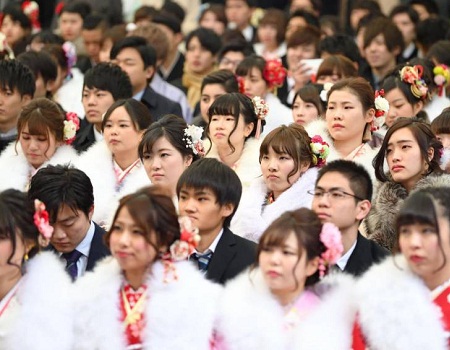 JAPAN’S upper house of parliament on Wednesday enacted a law to revise the current Civil Code and lower the legal age of adulthood from 20 to 18.

The move comes as the Japanese government continues to grapple with the nation’s demographic crisis as the population here continues to rapidly age and simultaneously shrink.

The government believes that the demographic crisis can be partly mitigated if more younger members can become active contributors to society.

One of the major changes that have been brought about with the enacted changes to the Civil Code and laws, which will be actualised in April 2022 as the government plans, is that those aged 18 and 19 years old will legally be able to marry without parental consent.

Prior to the law’s enactment, males aged 18 years old and over and females aged 16 years and older could marry in Japan, but parental consent was required by law for all persons marrying under the age of 20.

Under the new adulthood changes, the legal age for women marrying has also been raised to 18.

More than 20 related laws have been passed with the lowering of the adulthood age, but the current laws pertaining to the prohibition of drinking alcohol, smoking and gambling by people aged under 20 years old, have been kept in place.

Ability to read people is an edge in business – Boniface Ogunti

Japan to close all schools due to coronavirus fears