It’s time to fulfill my promises—Yakiss 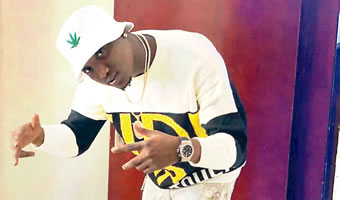 Weeks after announcing that his fans should get ready for new music projects from him, fast-rising music star, Yakub Sodiq Opeyemi, who is popularly known by his monicker, Yakiss is ready to set the ball rolling with the release of his new single.

The singer, who had earlier hinted that he had been working on new music content, videos and other projects that will leave his fans in awe and launch him into a new level of greatness in his career, will be releasing a new song entitled ‘Jemila’ which features OML and is produced by JayFred.

“I know my fans have been hungry for something new coming from my end and as promised, I’m happy to announce the release of my new single for their listening pleasure.This song will be hitting the airwaves on the 27th September, so they should get their ears ready,” he said.

Driven by his passion for music and the need to make massive impact in the music industry, the fast rising music act  has assured his fans that there’s still more projects in the works.

Yakiss who has described himself as one who never goes back on his words says he has made promises to his fans and will stop at nothing till he fulfills them.

The singer also implored fans to anticipate collaborations with A list artistes which he will be  releasing as time goes on.

“I have made promises, and I’ll stop at nothing till these promises are fulfilled,so it is safe to say that my fans are in for the ride of a lifetime. All I have to offer is premium content and nothing less than that. This is just the tip of the iceberg, compared to what I have on store for them,” he said.

Afrobeat can bring positive change to the world —Oshak