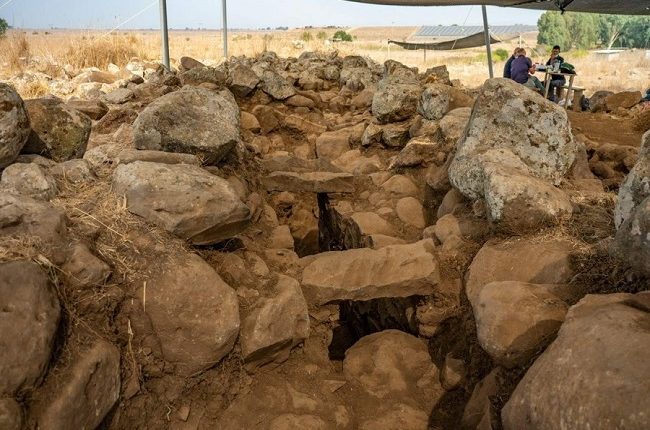 The rare fort was uncovered during an archaeological excavation led by the IAA at a small hill in the Israeli-annexed Golan Heights.

The complex was built at a strategic location on the hilltop, above a canyon, overlooking the region, at a spot where it was possible to cross a river.

According to the researchers, the fort was probably manned by the Geshurites, who ruled the southern and central Golan, carrying out diplomatic relations with King David, who ruled the united monarchy of Israel and Judah.

Researchers said this unique fortified complex raises new research issues on the Golan during the Iron Age, according to the team.

In the excavation, the archaeologists also found a large basalt stone with a schematic engraving of two-horned figures with outspread arms, probably representing moon-god worship.

How Amaechi is struggling to tame SAA

Pray for Nigeria In this difficult times ― Gov. Ugwuanyi